Home / photo report / Gigantic monuments from around the world. Photo

Gigantic monuments from around the world. Photo 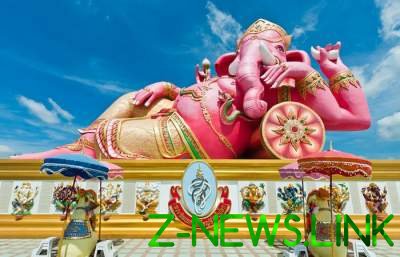 Pink Ganesha and other statues.

Traditionally, the monuments erected in memory of the significant events, historical figures, or in honor of the deities. Among the huge variety of sculptures is so great that a number of them simply freeze in amazement and fully realize the frailty of life. 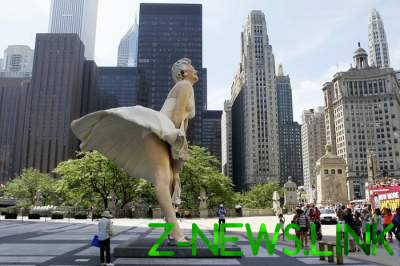 USA
Chinese artists spent two years creating 8-foot giant sculpture of the famous scene of Marilyn Monroe from 1951 film “the seven year Itch”. The statue was shown in several places in the United States, and Australia.

2. The Buddha in Leshan 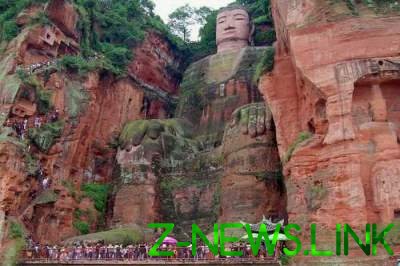 China
Stone Buddha statue in Leshan with a height of 71 meters was established during the Tang dynasty. It is carved in the rock in the mountain of Lianyungang to the junction of 3 rivers in China’s Sichuan province, near the town of Leshan. Besides being a world heritage site by the UNESCO, it is also the biggest stone Buddha in the world. The statue was built with incredible detail. 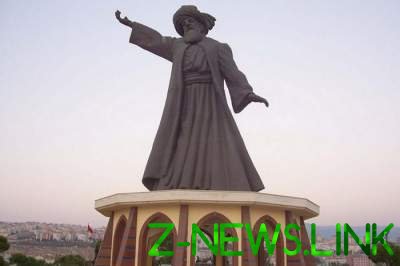 Turkey
The height of the statue of Mevlana Rumi (Islamic poet of the XIII century, jurist, Islamic scholar, theologian, and Sufi mystic) 20 metres including its base. This amazing statue was designed and built by sculptor Erie Ocanom. 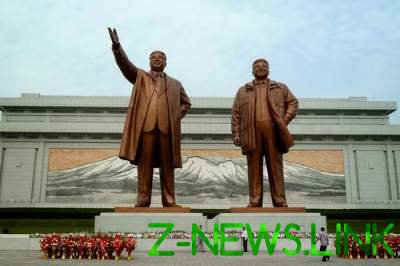 North Korea
The Central part of the monument – two tall statues of North Korean leaders Kim Il sung and Kim Jong Il, made of bronze. Initially there was only one 22-meter statue of Kim Il sung, covered with gold, but later gold was replaced by bronze. In the end, after the death of Kim Jong-Il in 2012, next added his statue. 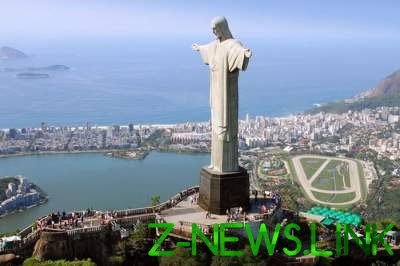 Brazil
This is an impressive statue of Jesus Christ located in Rio de Janeiro, Brazil. It was built on a hill, so even the 30 meter statue stands at a height of 610 meters above the city. It was recognized as one of the seven new wonders of the world. 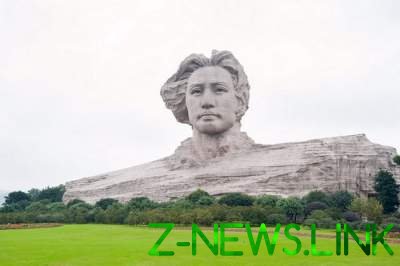 China
This 32-meter tall statue can be seen in Hunan province in China. The monument depicts a bust of Chairman Mao Zedong at the age of 32 years. They say that its construction cost $ 35 million. 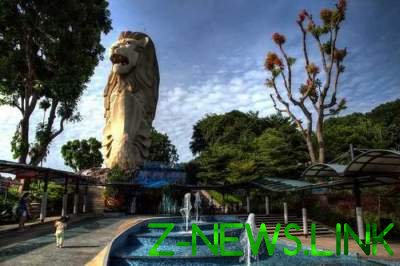 Singapore
The statue of MERLION on Sentosa island in Singapore is a sculpture with a height of 37 meters. The statue looks like a mythical creature with a lion head and fish body. MERLION (lion city) is the national symbol of Singapore. 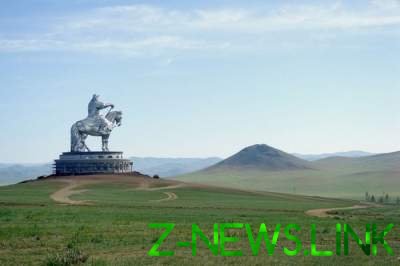 Mongolia
Statue of Genghis Khan on horseback, 40-metre high towers on top of a complex of Genghis Khan on the Bank of the Tuul river in Mongolia. Its creation has cost $ 5 million, and completed the construction in 2008. Visitors can climb to the head of the statue, panoramic views, across the chest and neck of the monument. 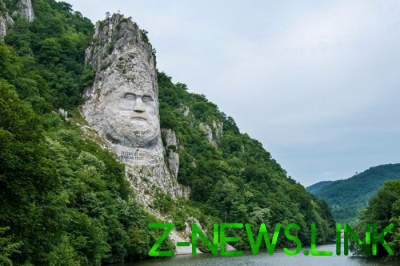 Romania
The statue of Decebalus, the last king of Dacia, was carved in the rocks on the banks of the river Danube, near the Iron Gates in Romania. Given that the sculpture is over 40 meters high, is the tallest rock sculpture in Europe. 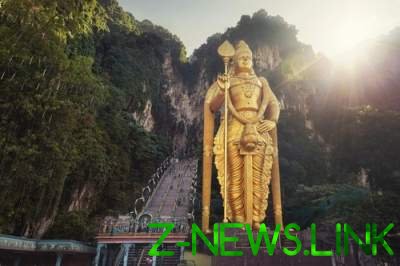 Malaysia
The statue of Lord Murugan at the entrance of the Batu cave in Selangor, Malaysia. Made of 250 tons of steel and 300 litres of gold paint, a 43-meter sculpture is the second tallest statue of Hindu deity in the world. It is also the tallest statue in Malaysia. 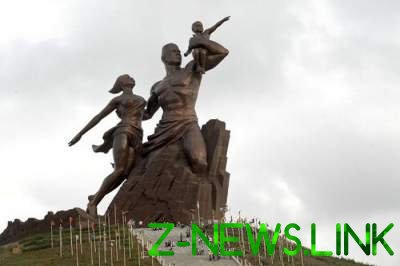 Senegal
The 49-metre high African Renaissance Monument was built overlooking the Atlantic ocean in the suburbs of the Senegalese capital Dakar. A giant statue depicts a man who holds in his left hand the child, and a woman. To build the monument cost $ 27 million, took four years. It is the tallest statue in Africa. 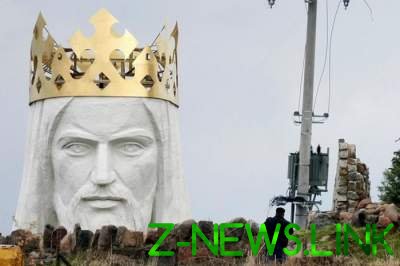 Poland
Christ the King Church in the Polish city of Swiebodzin rises to 52.5 meters. It was created with money donated by residents of the city. The size of only one crown of the statue represent more than 3 meters. 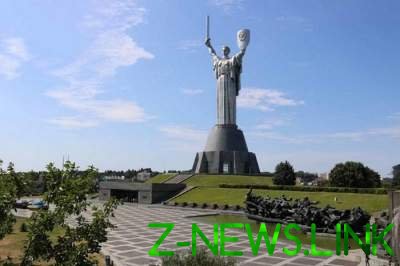 Ukraine
The monument “Motherland” is a monumental statue in Kiev, Ukraine. This statue is 62 meters (or 102 meters with a pedestal) symbolizes the victory of Soviet Union over Nazi Germany. Due to its enormous height of the statue can be seen from different points of Kiev. 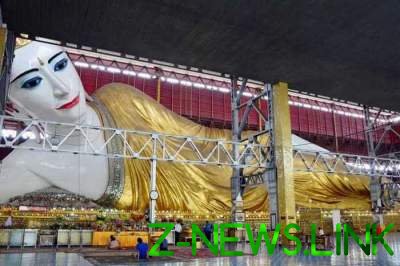 Myanmar
Chautari Buddha is a giant statue (longer than 66 feet) reclining Buddha, located in the temple in Yangon, Myanmar. Because of its enormous size, the statue is one of the largest in Burma (Myanmar). It was consecrated in 1973. 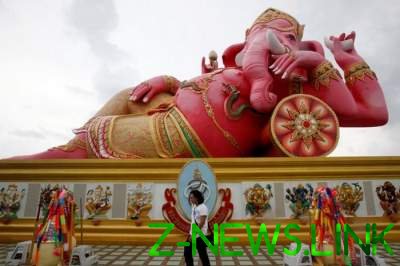 Thailand
This bright pink statue is one of the largest statues of Ganesha in the world. The size of the giant statue of the beloved Hindu God is 15.8 metres in height and 23.8 meters in width. It is situated in the province of Chachoengsao in Thailand. 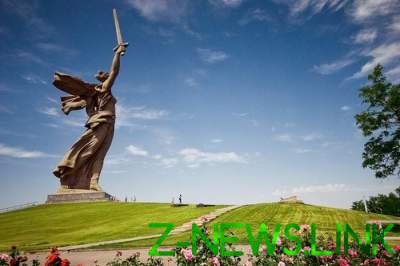 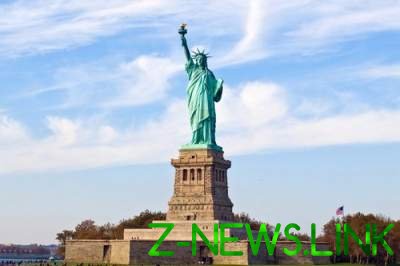 USA, new York
The statue of Liberty with a height of 93 meters (from ground level to the end of the torch) installed in new York Harbor on Liberty island. It is a gift from the people of France to the United States. The statue is made in the form of the Roman goddess Libertas and holding in one hand the torch over his head, and the other with a symbolic roll of “tabula Rasa”. 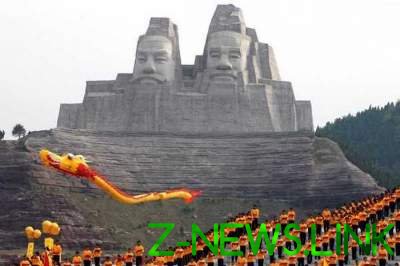 China
This sculpture with a height of over 105 meters called “Emperors Yan and Huang” is the fifth tallest statue in the world. It is located in the Chinese province of Henan. It is believed that the statue symbolizes politics and Economics. 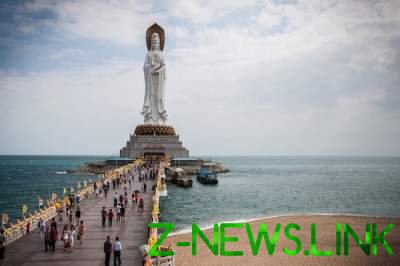 China
The height of the statue of Guan Yin, located in the southern sea near the town of Sanya is a 108 meters. In addition to her outstanding design, she is the fourth-tallest statue on Earth. Myanmar
Lejon-Sasaja height of 116 meters is the second tallest statue in the world. The statue, depicting the Buddha Gautama, built on top of a hill At Kaung. At its creation took about 12 years. At the foot of the statue is the largest reclining Buddha in the world (para 7 – Buddha Chautari).