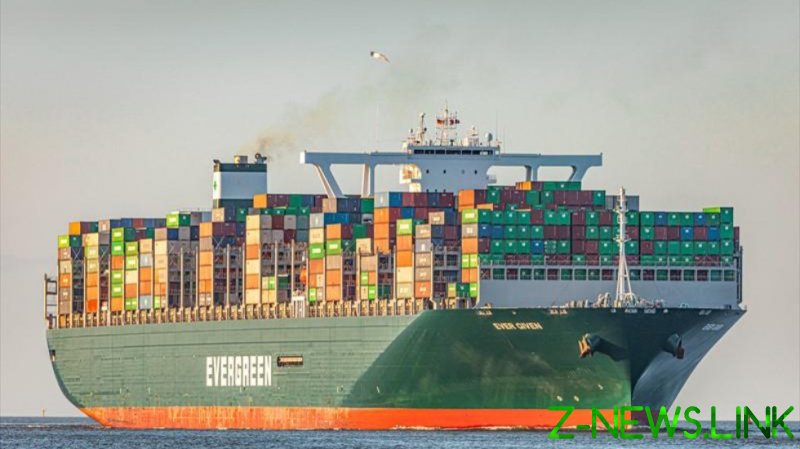 The Panama-flagged cargo ship Ever Given has been thrust into the spotlight of social media attention after the 59m-wide vessel found itself trapped in the narrow channel connecting the Mediterranean to the Red Sea.

The larger-than-life ship, which is listed as the world’s 13th biggest with an overall length of some 400m, has been travelling from Shenzhen, China, to the Dutch port of Rotterdam, where it was set to dock on March 31.

However, the voyage has been stopped in its tracks since early on Tuesday, when the Ever Given managed to wedge itself in the canal just north of the Egyptian port of Suez.

With the ship unable to dislodge on its own, Egyptian authorities have dispatched heavy machinery in an apparent bid to dig out the sand around the vessel. The hastily-arranged operation has prompted eye rolls on social media, however, with netizens pointing at the massive size difference between the regular digger and the Ever Given similar to that of David and Goliath.

Despite all the efforts, which included as many as six tugboats toiling around at the beached ship, it has not moved an inch as of early Wednesday morning local time. 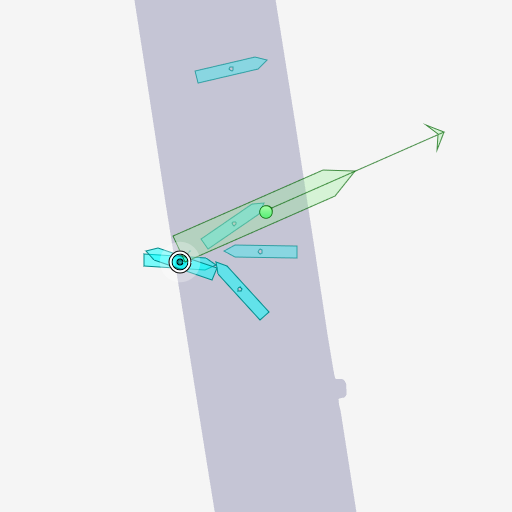 Marine traffic data shows multiple tugboats as they attempt to dislodge a massive container ship stuck in a narrow section of the Suez Canal. ©  MarineTraffic.com / screenshot

Some observers also noticed the vessel took a peculiar path as it entered the canal, creating a distinct, if not suggestive, shape on marine tracking maps – what netizens joked was an “intentional drawing” by a trollish captain.

The 193km (120 miles) long Suez Canal is a crucial maritime route and one of the world’s busiest waterways. First opened in 1869, it has been repeatedly modernized and expanded since. Some 18,880 ships hauling over 1 billion tons passed through the waterway in 2019. It takes from 12 to 16 hours on average to pass the channel.

Wars closed the canal to traffic on two occasions, in 1956-57 and again in 1967-75, causing massive disruption to global shipping and economies of major countries.