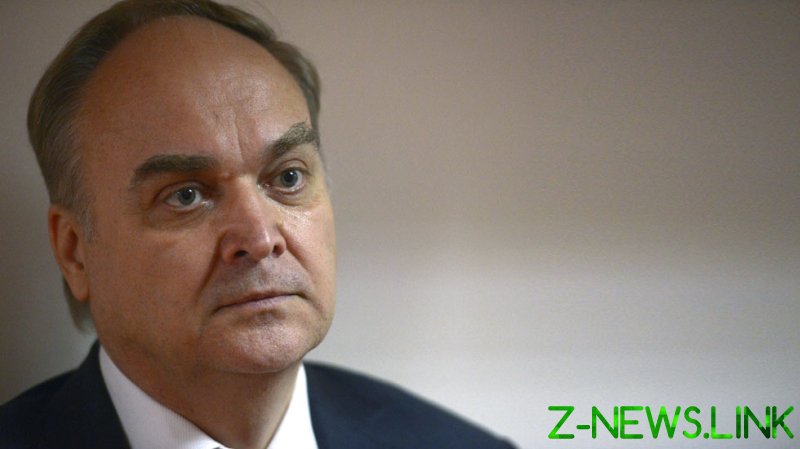 The US’ support for Ukraine is motivated by a Cold War-era desire to weaken Russia and make Europe its subordinate, Russian Ambassador to Washington Anatoly Antonov told Newsweek on Saturday. However, he foresees a new “multipolar world” emerging.

Speaking to the American magazine a week after the Pentagon announced a fresh $275 million arms package for Ukraine, Antonov remarked that Washington “seems to need to constantly assert itself through competition with Russia.”

The Pentagon’s most recent National Defense Strategy describes Russia as “an acute threat” to US interests, and mandates that the US military equip itself to “prevail in conflict” against Moscow “if deterrence fails.”

“It looks as if the ‘ghost’ of the Soviet Union is still haunting the corridors of power in the American capital, and the Сold War has not ended at all,” Antonov told Newsweek. “Many politicians here still think and act according to the laws of that historical period. They believe that restoration of Russia’s international prestige with Vladimir Putin’s accession to power in our country has become a ‘headache’ for Washington.

“With the conflict in Ukraine, the United States is better placed to implement its ‘idee fixe’ to weaken Russia,” Antonov said. “It is much easier to consolidate society within the United States and in the Western camp as a whole around the image of a ‘foreign enemy that undermines the values of the democratic world.’”

At the same time, the US can use “Russia to justify its unprecedented military spending,” while simultaneously “ruining mutually beneficial ties between Russia and Europe, making the latter fully dependent on Washington.”

The EU’s self-imposed energy embargo on Russia – which the US has encouraged – has already cost the bloc nearly $1 trillion, Bloomberg reported on Sunday. US Secretary of State Antony Blinken described the destruction of the Russia-EU Nord Stream gas pipelines as a “tremendous opportunity” for the EU to abandon Russian gas, and the US has already stepped in to sell Europe its own, higher priced, liquefied natural gas.

READ MORE: Fyodor Lukyanov: One year ago, Russia gave the West a last chance to prevent a full-blown conflict – what went wrong?

“At first glance, it may appear that Americans are ‘winning’ everywhere,” Antonov said. “However, things are different. It is clear that we are at the beginning of a complex and long journey of building a multipolar world,” in which “the Russian Federation advocates that the interests of all participants should be taken into account in the future system of international relations.”

Russia’s proposals, he said, are finding “more and more understanding and support in various regions of the planet.”