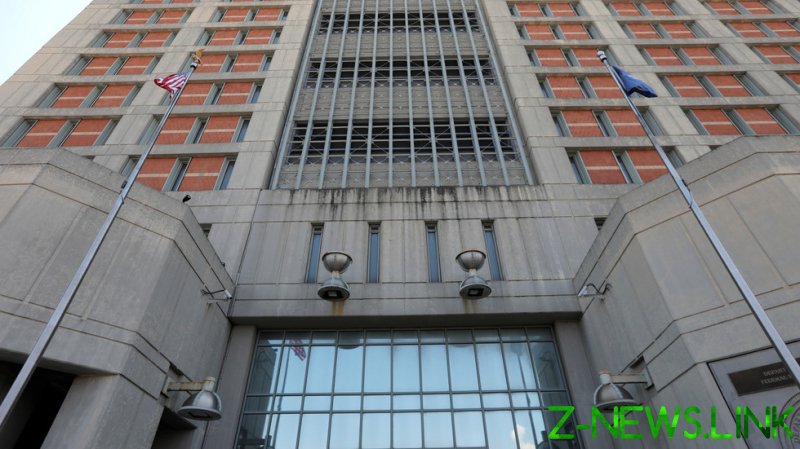 “The truth is that wealthy men charged with similar or more serious offenses, many of whom have foreign ties, are routinely granted bail so that they can effectively prepare for trial,” lawyer David Oscar Markus said on Thursday in an appeal of US District Court Judge Alison Nathan’s denial last month of the British socialite’s latest bail request.

Markus argued that the 59-year-old Maxwell, who is incarcerated in a Brooklyn jail, is being held in conditions “fitting for Hannibal Lecter,” despite her being a “model prisoner.” While being subject to “multiple invasive searches every day” and a flashlight being shined into her cell every 15 minutes, Maxwell is unable to effectively prepare her defense for trial, the lawyer said.

The British socialite is accused of procuring and grooming girls as young as 14 for Epstein to sexually abuse. Maxwell, who was arrested last July, allegedly participated in the abuse in some cases. The federal indictment against her was expanded this week to eight counts, including sexual trafficking and conspiracy to commit sexual trafficking.

Nathan denied Maxwell’s third bail request, even after she offered to renounce her citizenship in the UK and France to allay flight concerns. Maxwell has offered several other concessions to ensure she won’t flee prosecution, but Nathan said in her latest ruling that “there are no combination of conditions that can reasonably assure her appearance” in court.

Markus cited Bill Cosby and Dominique Strauss-Kahn as other wealthy men accused of sex crimes who were granted bail and showed up for their trials. Other rich and notorious examples were Bernie Madoff and John Gotti.

Some of the issues with the conditions in which Maxwell is jailed stem from the fact that she’s on suicide watch. Epstein died in his New York jail cell in August 2019 in an apparent suicide, but his abrupt death fueled speculation about the powerful people who may have been incriminated by testimony in his case.

“Because of the Epstein effect, she’s being detained and in truly unacceptable conditions,” Markus wrote. “All we are asking for is a chance to defend the case.”

Because of Covid-19 restrictions, Maxwell hasn’t been able to meet with her lawyers in person to prepare for trial, Markus alleged. Her water is often non-potable, and for months, her meals were microwaved with plastic melted into the food, according to the filing. She’s trying to review 2.5 million documents for her case on a computer with no search capability. Maxwell’s criminal trial is scheduled to begin in July.

Maxwell also faces a civil lawsuit, which was put on hold last year amid the criminal case. A Turkish woman suing Epstein’s estate alleged in a lawsuit filed last week that Epstein and Maxwell kidnapped her and repeatedly raped her in front of her 8-year-old son. The suit also alleged that Epstein and Maxwell made various threats against the woman, who wasn’t identified, including saying that she would be fed to alligators if she ever revealed what they did to her.