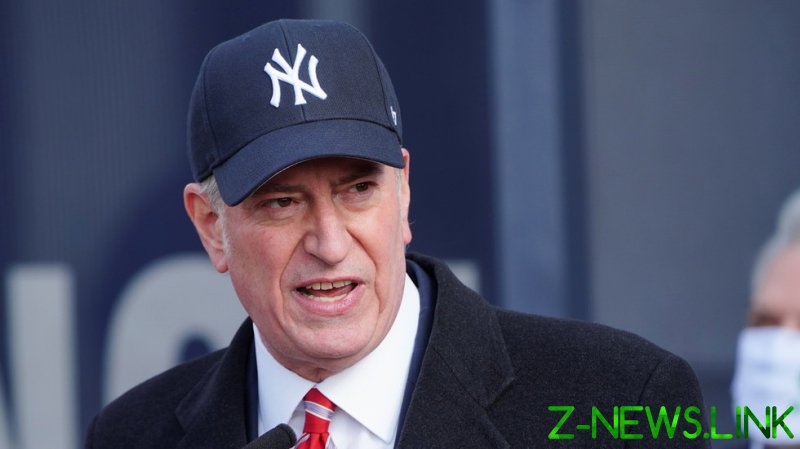 “Even if something is not a criminal case, a perpetrator being confronted by the city, whether it’s NYPD or another agency, and being told that what they’ve done was very hurtful to another person” could deter people from offending others, de Blasio told reporters on Thursday, in response to a rise in hate crime against Asian Americans.

“If someone has done something wrong, but not rising to a criminal level, it’s perfectly appropriate for an NYPD officer to talk to them to say, ‘that was not appropriate, and if you did that on a higher level, that would be a crime,’” the mayor continued, before concluding ominously, “If an NYPD officer calls you or shows up at your door to ask you about something you did, it makes people think twice.”

Many Americans on social media were not as receptive to the idea, however, comparing the suggestion to “Gestapo tactics” and criticizing de Blasio’s vague definition of “hurtful.”

“Does Mayor DeBlasio know we have a first amendment right to free speech?”questioned one woman.

“This might be the most Un-American idea [I] have ever heard. Treasonous, actually. Defiles constitution and every American ideal ever,”protested another person, while retired NYPD detective Rob O’Donnell mocked, “What could possibly go wrong!”

Others pointed out that police are supposed to “uphold the law” and not act as “the morality police,” and compared the idea to the controversial New York ‘Stop-and-Frisk’ program, a past policy which allowed officers to stop, question, and search all civilians for suspected contraband.

Just last year, de Blasio himself apologized for being “hurtful” after he posted a controversial tweet warning “the Jewish community” that he had “instructed the NYPD to proceed immediately to summons or even arrest those who gather in large groups.”

The controversial tweet was made following reports of large Jewish funerals taking place despite Covid-19 lockdown regulations which prohibited such gatherings.