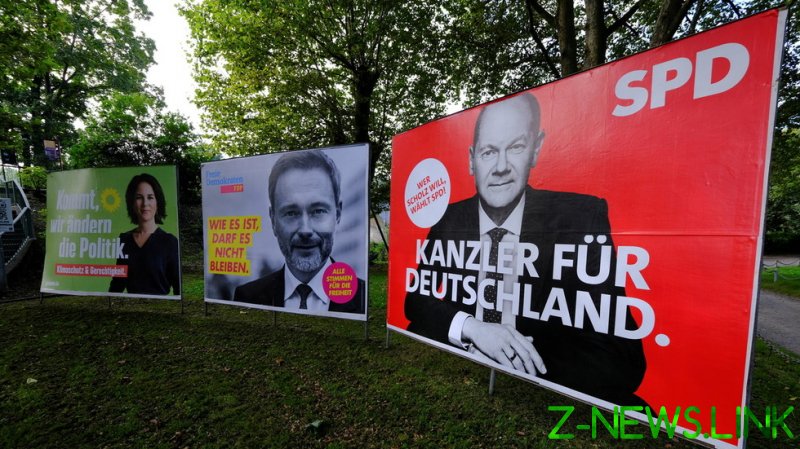 The Greens “believe it makes sense… to have in-depth talks with the SPD and FDP,” Baerbock, the party’s chancellorship candidate, said, adding that the FDP should enter “a three-way discussion” on forming the next ruling coalition.

The SPD came in first with 25.7% in the September 26 parliamentary election, followed by the CDU with a historic low result of 24.1%. The Greens finished third, despite some early polls indicating they would perform much better, and the FDP came in fourth.

“We have always spoken with all parties respectfully, objectively, constructively and in a spirit of trust,” Baerbock said of the exploratory talks. She said the country can’t afford the formation of the government to be in limbo for long.

Germans call a potential alliance between the Greens, FDP, and SPD the ‘traffic light coalition’, referring to the three parties’ primary colors. The deal may prove difficult to reach because the pro-free market FDP wants lower taxes and a cut to the welfare state, while the Greens favor tax hikes for the rich and more generous social programs.

In 2017, FDP leader Christian Lindner walked away from talks of a coalition with the Greens and the CDU/CSU, saying it was “better not to govern at all than to govern wrongly.” His departure left Merkel’s conservatives to strike a deal with the SPD.

Speaking to reporters on Wednesday, Habeck said the CDU has “really made an effort” to bridge the divide during bilateral talks with the Greens’ leadership. He added that the desire for more negotiations with the SPD and FDP is “not yet a complete rejection” of the option to reach an agreement with the conservatives.

CDU chancellorship candidate Armin Laschet said the party is open to more talks with the Greens. Such a coalition would cater to wide segments of society and “make it possible to modernize the country in the coming years.”