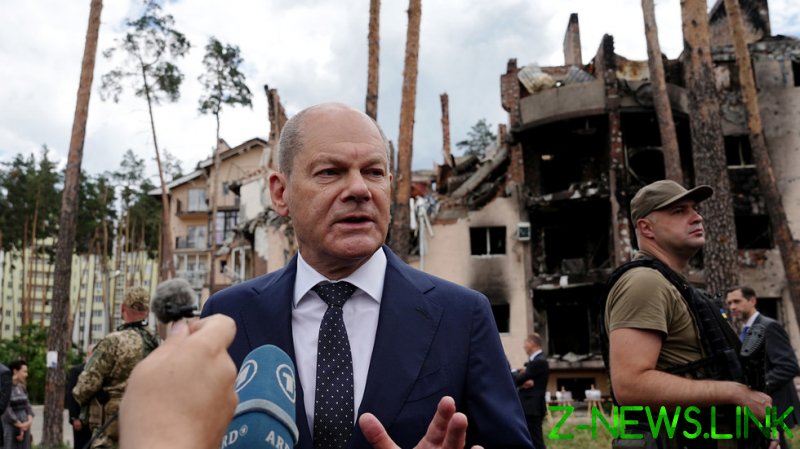 The German chancellor has condemned what he called the “unimaginable cruelty” of the conflict in Ukraine, during a visit to the Kiev suburb of Irpin on Thursday. Olaf Scholz was joined in Kiev by French President Emmanuel Macron, Italian Prime Minister Mario Draghi, and Romanian President Klaus Iohannis.

“The brutal destruction of this city is a memorial: this war must end,” Scholz wrote on Twitter.

Irpin saw intense fighting between Russian and Ukrainian forces in the first weeks of the conflict, following Russia’s attack in late February.

Moscow withdrew its troops from the Kiev region and some other Ukrainian territories in early April, calling it a goodwill gesture aimed at aiding peace talks. The negotiations have since stalled.

While calling for the fighting to stop, Scholz also vowed to send more weapons to Kiev.

“We are supporting Ukraine with arms supplies and will continue to do so as long as Ukraine needs our support,” he said, adding that the German military is currently training Ukrainian troops in the use of German-made heavy weaponry including PzH 2000 self-propelled howitzers and Gepard self-propelled anti-air guns. 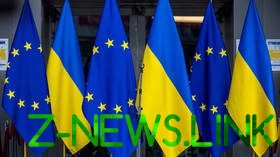 Scholz once again promised to deliver IRIS-T air defense systems to Ukraine, although media outlets including the tabloid Bild have previously claimed the supplies will not be arriving before November.

During his visit to Kiev, Scholz also voiced support for Ukraine’s EU membership bid. “Germany is in favor of a positive decision,” he said during a joint press conference with the other EU leaders and Ukrainian President Volodymyr Zelensky. “Ukraine is part of the European family,” he added.

Macron and Draghi also said they support Ukraine’s EU candidacy status. Scholz, meanwhile, announced on Twitter that he had invited Zelensky to the upcoming G7 Summit, which usually involves leaders of the US, the UK, France, Germany, Italy, Canada and Japan. According to the chancellor, the Ukrainian president accepted the invitation.

The four European leaders arrived in Kiev early on Thursday following a reported overnight road and rail trip. It was the first visit for each of them since the start of the Russian military offensive in Ukraine in late February. 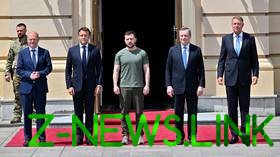 Earlier on Thursday, Moscow expressed hope that the four leaders would help Kiev adopt a more “realistic” stance on the conflict, saying that supplying more arms to Ukraine will only prolong the suffering of its people and bring more devastation.