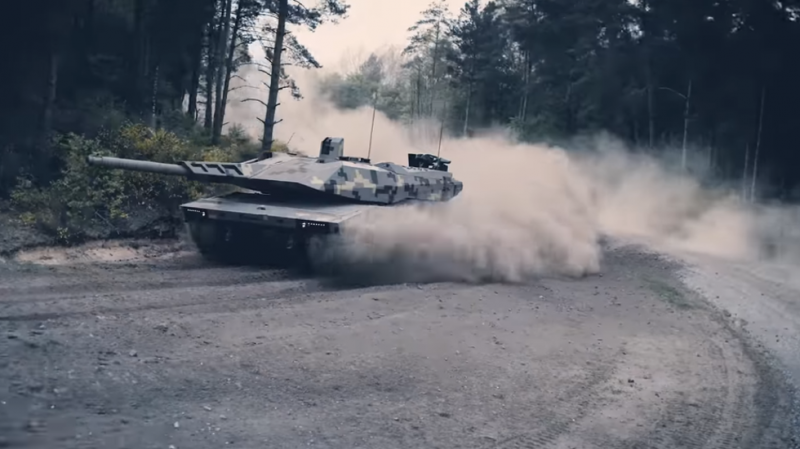 The new tank boasts a new 130mm gun and is marketed as having “optimized sensor-to-shooter links,” heavily relying on digital systems to control the battlefield. While closely resembling the Leopard 2 family main battle tanks in its appearance, the Panther is a “radically new” tank “concept not constrained by yesterday’s technology,” Rheinmetall insists.

“It is the first main battle tank entirely developed by Rheinmetall,” the company’s CEO, Armin Papperger, said during the unveiling ceremony, insisting the machine would become a “game changer on the future battlefield.” 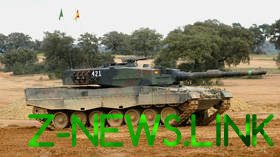 “With the Panther, a completely new MBT concept is being brought to life: One that is not limited by considerations of current MBTs. It is designed from the ground up so that it can be easily updated and equipped with the latest capabilities and features,” the company said.

The new tank features a classic frame, but in the future it might get “unmanned turret options,” as well as excel in “Human-Machine Teaming,” the company said. “The Panther is designed to control assigned unmanned aerial vehicles such as on-board or off-board drones, loitering ammunition and a range of uncrewed ground vehicles,” Rheinmetall said.

It was not immediately clear whether the KF51 shown at Eurosatory was a fully-functioning prototype, a mockup, or something in between. The tank is expected to prepare for serial production within 30 months, when the company will consider taking its first orders, Papperger told reporters.