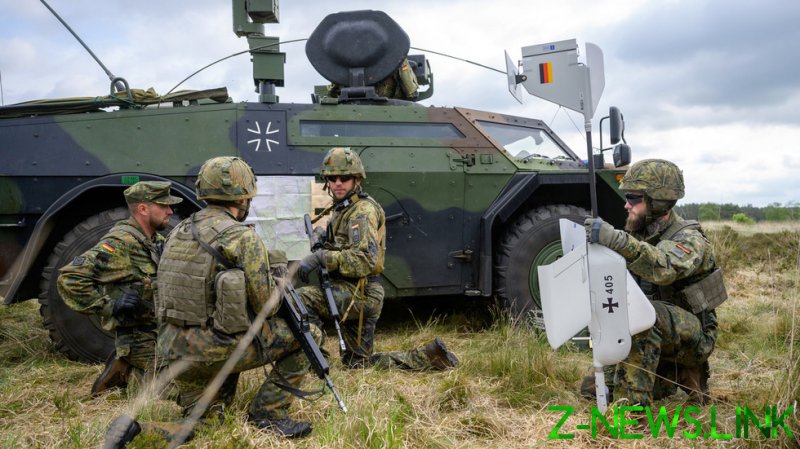 Germany’s plan to invest a whopping 100 billion euro ($107.35 billion) into its military will allow Berlin to significantly expand its fighting force, Chancellor Olaf Scholz told local media on Monday. This will make the German army the biggest in Europe among NATO members, he said.

The pledge, which the Chancellor made in an interview with several domestic newspapers, came after the country’s major parliamentary factions agreed, on Sunday night, to a special exemption required to borrow the money and invest it in the military.

The ruling coalition needed the support of opposition lawmakers to secure two thirds of the votes to adopt the decision, which requires an amendment of Germany’s Basic Law. The actual vote is expected to take place before the summer recess of the parliament.

Scholz praised the passage of the bill on Twitter, saying the extra billions would turn the Bundeswehr into a fighting force that “can fulfill its defense mission better than ever before.” The chancellor proposed creating the special military fund in February, days after Russia’s attack against Ukraine.

Germany currently has the fourth-largest military force among NATO members, but the bloc’s biggest armies are fielded by non-European nations: the US and Turkey. It will need to surpass France in army strength to deliver on Scholz’s pledge. The strength of the French military is 240,000 active and reserve service members, compared to 199,000 in Germany, according to the Global Firepower Index.