Home / WORLD / Germany refuses to give battle tanks to Ukraine

Germany refuses to give battle tanks to Ukraine 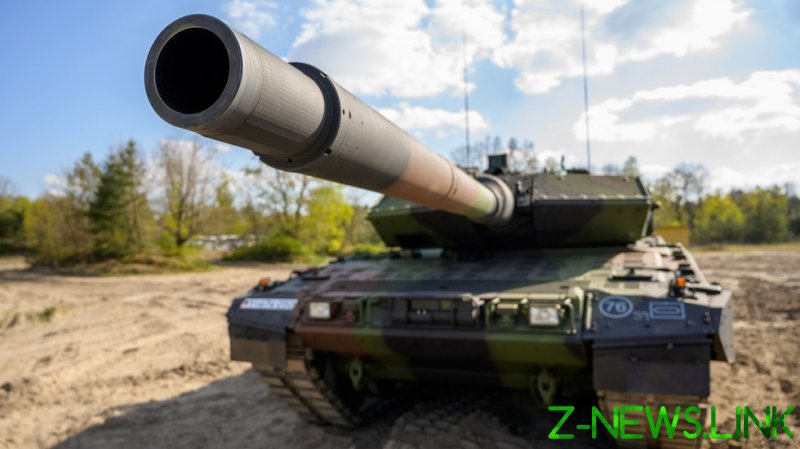 The minister noted that no other countries have delivered Western-built infantry fighting vehicles or main battle tanks so far to Kiev, and insisted that Germany “will not take such action unilaterally,” as quoted by Reuters.

Her comments came after the head of Germany’s Defense Committee, Marie-Agnes Strack-Zimmermann, insisted that Berlin had an obligation to help preserve democracy in Ukraine.

“Germany must immediately play its part in Ukraine’s successes and supply protected vehicles — the Marder infantry fighting vehicle and the Leopard 2 main battle tank,” she told the DPA news agency on Sunday.

Lambrecht earlier said Germany’s military aid to Ukraine has reached its limit, and that Berlin will now look for other ways to support Kiev’s forces.

“We will keep up our support for Ukraine, and we have handed over an unbelievable amount from the reserves of the Bundeswehr. But I say at this point quite clearly that we have reached the limit,” Lambrecht told Germany’s parliament last week.

She noted that Germany cannot give away any more of its weapons if it wants to retain its ability to defend itself. The minister added that there are other ways Berlin can assist Ukraine, namely by using the so-called circle exchange, through which Germany provides other EU countries with new weapons in exchange for old ones, which are then sent to Ukraine. Lambrecht said Germany has already made progress in this regard, having concluded such exchanges with the Czech Republic and Slovakia.

Germany has been supplying Kiev with various weapons since the onset of the conflict in Ukraine in February. Berlin has delivered Stinger anti-aircraft missile systems, Panzerhaubitze 2000 self-propelled howitzers, Gepard anti-aircraft gun tanks to Ukraine, and other weapons.