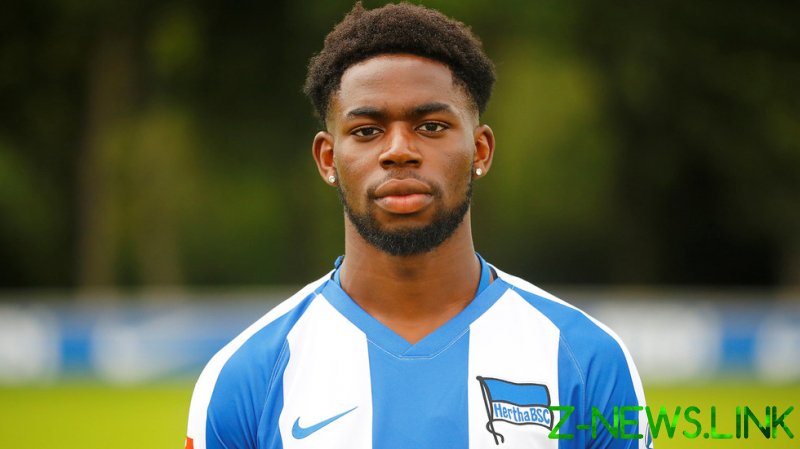 As confirmed by the German FA, the incident occured after Felix Udokhai equalized for the 2016 finalists.

With the score tied at 1-1, Stefan Kuntz’s men then exited five minutes before full-time in solidarity with their team-mate.

Thrust in Group D with their Rio conquerers Brazil, the Ivory Coast and Saudi Arabia, Germany get their campaign to go one better underway on Thursday, with their preparations marred by these developments.

Further details are yet to be divulged, although this is not the first time that Torunarigha, born in Chemnitz to Nigerian parents, has received such treatment.

In February 2020, Schalke 04 were fined $58,000 for fans’ racist abuse after a German FA investigation found that “there were monkey chants made” against him in a cup game.

Torunarigha addressed the row on Instagram following the 3-2 loss, in which he also received a second yellow card and was sent off for picking up a case of drinks and slamming it to the floor.

“I was born in Germany, I grew up here, I graduated from high school here,” he said. “I speak German like everybody else, so I can’t understand these comments made by a few idiots during the game.

“You can’t choose the color of your skin at birth and it shouldn’t matter in the first place. Different skin color, religion and origin should be just as natural in society as it is among us athletes in the dressing room.”

As an extension of this, Torunarigha featured in the Schwarze Adler (Black Eagles) documentary this year, chronicling the experiences of black players plying their trade in German football.

There has already been an outpouring of support for the 23-year-old, whose ordeal came in a week when a trio of English footballers were abused by trolls following their missed penalties in the Euro 2020 final shootout against Italy.

“Awful that this racism still continues,” said one fan. Hats off to the team for leaving the pitch.

“Racism has no place here or anywhere,” added another.