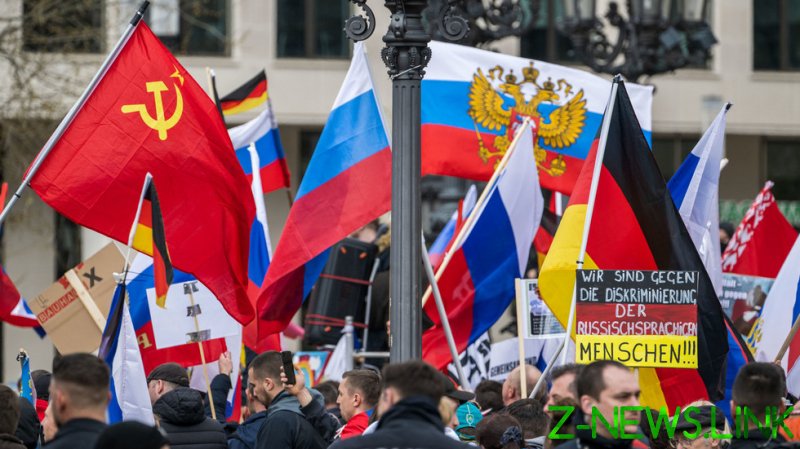 In the majority of cases, those suspected had displayed the letter ‘Z’, the ubiquitous marking on Russian equipment in Ukraine that has become a sign of support for Moscow’s offensive. In Saxony-Anhalt, for instance, 17 out of 19 such cases revolve around the letter, while in the city-state of Hamburg, 16 out of 17 probes were launched for that reason.

In a number of German regions, the ‘Z’ symbol has been deemed off limits since late February. A spokesperson for Saxony-Anhalt’s interior ministry told RND that “display of this symbol in public in connection with the Russian aggressive war leads to the launch of an investigation,” if the authorities construe the letter as an endorsement of Moscow’s actions.

German authorities invoke Section 140 of the country’s criminal code, according to which people endorsing the criminal acts of others can face a fine or even up to three years behind bars. 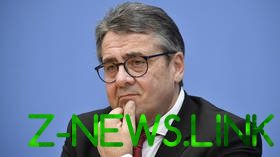 The outlet notes that the total number of probes into Russian sympathizers launched across Germany since late February is likely higher than the cited 140, given that not all regions are keeping a tally of these specific instances. Bavaria is a case in point; however, its Justice Minister Georg Eisenreich hastened to assure the journalists that just because the region was not singling out such investigations did not mean that this kind of behavior was going unchecked by the authorities. He pointed out that while “freedom of expression is cherished in our constitution,” with everyone having the right to express their opinion in Germany, this “freedom of expression, however, ends where criminal law begins.” Eisenreich added that the Bavarian authorities would not brook it “when crimes against international law are endorsed.”

Earlier this month, rallies in support of Russia were held in several cities across Germany. The majority of participants were either immigrants from the former Soviet Union or their children, but there were also German supporters of the Kremlin’s military operation present at the events. The demonstrators denounced the perceived rise of Russophobia in Germany.