Home / WORLD / Germany: in the accident hit a bus with children, a lot of victims

Germany: in the accident hit a bus with children, a lot of victims 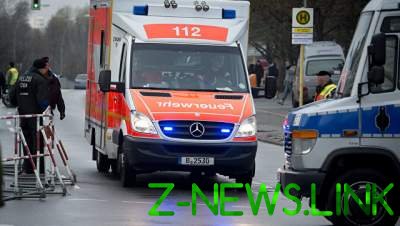 According to preliminary data, injured 20 children.

Nearly 20 students were injured in the collision of a bus with a car in the Federal state of lower Saxony in Northwest Germany, according to the tabloid Bild.

According to the tabloid, the incident occurred around 07.30 local time (09.30 GMT) near the town of Elsfleth. A bus with 40 kids were headed to school when collided with a passenger car.

On the scene arrived fire brigades and the police. The driver of the passenger car were trapped inside and needed emergency assistance. It is noted that during the accident the bus driver was seriously injured.

According to the police, 17 children were injured, most of them easy, all of them were hospitalized. Children injured in the accident, was taken to the city of Marriage, where they were met by the teacher and once again examined by a doctor.