Germany, France and Britain urge Iran to refrain from violence 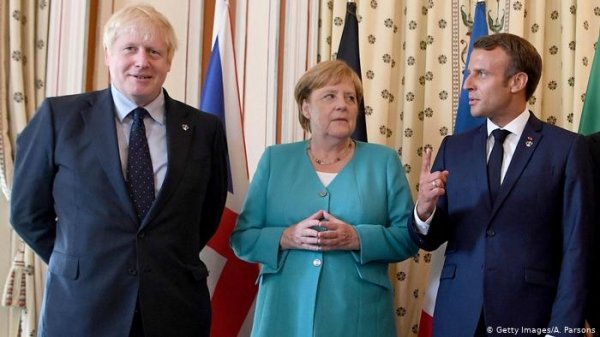 Angela Merkel, Emmanuel macron and Boris Johnson urged Tehran to avoid violence, to return to compliance with the nuclear deal and asked Baghdad to support the international coalition in the fight against ISIS.

The leaders of France, Germany and the UK called on all States to avoid escalation of the conflict in Iraq and ask Iran to refrain from any violent actions in the region. In addition, the heads of States asking Tehran to resume performance of its obligations of the Joint comprehensive plan of action (SVPD).

The current spiral of violence in Iraq need to be stopped, according to the policy. They expressed their commitment in the fight against the terrorist group “Islamic state” and urged the Iraqi authorities to provide the necessary support of the international coalition.

Earlier in Baghdad voted for the termination of the agreement to the coalition against terrorist group “Islamic state”. According to this decision, the foreign military presence in Iraq should be stopped.

Also the leaders of Germany, France and Britain, said he was concerned about the negative role that Iran played in the region, in particular with the help of General Soleimani, and condemned the recent attacks on the international coalition in Iraq.

The situation in the region worsened, after 3 January on the orders of the President of the United States Donald trump was killed by General Qasem Soleimani, a missile strike in Baghdad international airport. Soon after his death the spiritual leader of Iran Ayatollah Ali Khamenei appointed successor Soleimani. He became Brigadier General of Esmail Qaani. As mentioned in the statement, Khamenei, the task “al-Quds” “will remain unchanged”.