Home / WORLD / Germany, exasperated by Hungary’s Mr No, seeks to end individual nations having a veto over EU foreign policy

Germany, exasperated by Hungary’s Mr No, seeks to end individual nations having a veto over EU foreign policy 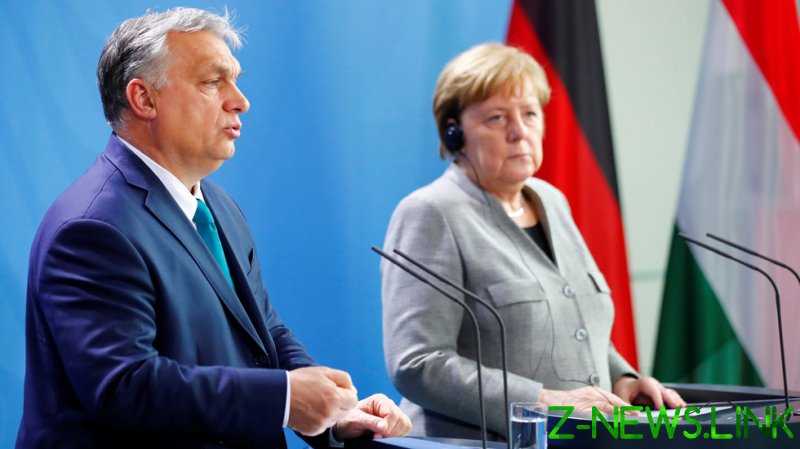 The Germans, we must honestly believe, do try to rein in their exuberance for ensuring order, a treasured national characteristic that when exposed to wary foreigners can sometimes land the unfortunate Deutschlanders in die Scheiße.

But German Foreign Minister Heiko Maas, speaking at this year’s conference of Germany’s ambassadors in Berlin (now there’s a hot Zoom ticket), was clearly so incensed that any attempt to deploy such caution went out the window.

As he bemoaned the problems of creating a cohesive European Union foreign strategy when irritating individual states have a veto over policy, he complained: “We can’t let ourselves be held hostage by the people who hobble European foreign policy with their vetoes. If you do that then sooner or later you are risking the cohesion of Europe. The veto has to go, even if that means we can be outvoted.”

So let’s make sure we have this hat on straight. Maas is annoyed that the 27 member states must all agree on foreign policy before it is implemented and that just one member (Hungary! Sit up straight there in the back of the class!) can scupper all the carefully crafted intentions, the months of diplomatic receptions and the backroom promises just by using their veto.

And that, he thinks, is wrong. I’m not so sure Heiko Maas has read the chapter on democracy in his ‘How To Be A Good European’ handbook.

While Brussels loves nothing more than to boss around errant states – think Britain, think Hungary, think Poland – it is the existence of the veto that prevents the more single-minded or even timid member states from simply being overrun by the demands and grand schemes of more populous and politically dominant nations. Think Germany. Think France.

The veto is democracy’s lifeline.

Since its inception, the EU has striven for ‘ever closer union’ but even while sharing the broader principles of that ideal the veto has allowed member states to express their own identities, to provide an antidote to European hegemony and grant a voice even to the smallest of minorities.

It’s not uncommon, although it might be unfair, to hear people refer to the European Union as nothing more than a German guilt project. Billions and billions of Euros spent and endorsed by a country trying to compensate for its central role in two World Wars. As the only genuine economic powerhouse in the bloc and the highest net contributor to the project by more than €17.2 billion – that’s €10 billion more than second-placed France – current figures show it certainly does more than its share of the financial heavy-lifting.

Sometimes, however, and this is one of those times, there is a glimpse of good ol’ Teutonic impatience with the behaviour of the ill-disciplined monster they were so integral in creating. The veto gives troublemakers like Hungarian Prime Minister Viktor Orban, a deft and canny political operator, scope to upset the consensus and block its plans by stubbornly holding out on agreement.

Most recently, he’s played the veto card over an EU statement on China’s security law in Hong Kong, on the EU trade and development accord with African, Caribbean and Pacific countries, and also held back on an EU call for a truce between Israel and the Palestinians, all much to the annoyance of the Germans.

And it’s these annoyances that make those who dream of a single, global and wide-reaching EU foreign policy – ie: the bigger nations – absolutely furious. It denies them the opportunity to present a unified front alongside the superpowers – of which they imagine they are one.

That’s why the EU is delighted to be invited to the G7 summit in the UK this week, even if it’s only there as a ‘Plus One’ to France, Germany and Italy (US, Canada, Japan and Britain make up the septumvireate), because that is perceived as a universal endorsement of its own special status.

The reality back in Brussels is that this special status ain’t all that, as the kids, and maybe Budapest, would say. The veto serves as an unwelcome reminder that they are probably right.