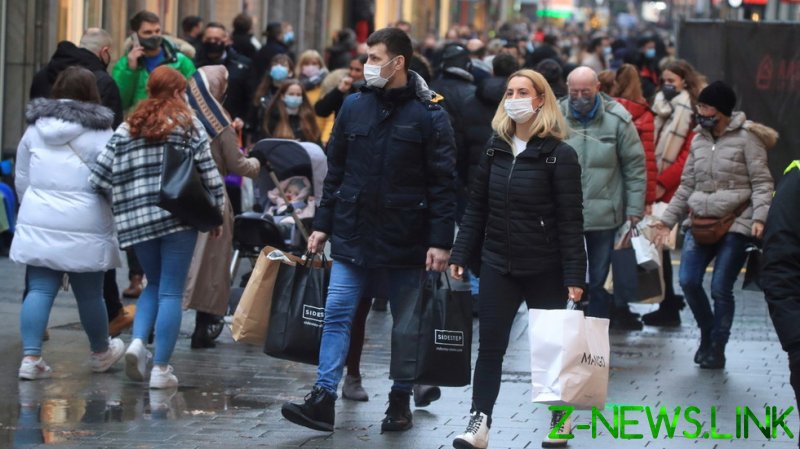 Overall, the proportion of positive Covid tests in Germany rose from 4 to 6% in mid-August, the Robert Koch Institute (RKI) said in its latest weekly report published on Thursday. The infection rate has been on the rise at least since the beginning of July, the health watchdog said, adding that the disease is increasingly affecting those aged between 10 and 49.

“That clearly indicated that the fourth wave has started and it is gaining pace, particularly because of infections among the younger adult population,” the report states. The institute also said that similar dynamics were observed between the end of September and early October in 2020 – at the very beginning of Germany’s second wave.

At that time last year, Germany had not yet launched its vaccination campaign. Now, 64% percent of Germans have received at least one vaccine dose, while some 58% have been fully vaccinated, according to the RKI. However, in contrast to previous waves, the latest surge in cases has been fueled by the more contagious Delta variant, with the health watchdog noting the mutation is responsible for 99% of all new infections in Germany.

The RKI said a “high” risk of infection remains for both the unvaccinated as well as those who have received only one dose of the common two-shot formulations, whereas the fully vaccinated only face a “moderate” risk.

The number of Covid-19 patients admitted to intensive care units (ICU) is on the rise among all age groups, the RKI said, adding that the upward trend is particularly noticeable among those aged 40-49. More than 54% of patients admitted to the ICU are now younger than 60.

The average weekly case rate across Germany has reached around 44.2 people per 100,000, up from 40.8 on Wednesday and just 27.6 a week ago, the RKI said. Some 8,400 new cases were reported on Thursday alone, according to local media.