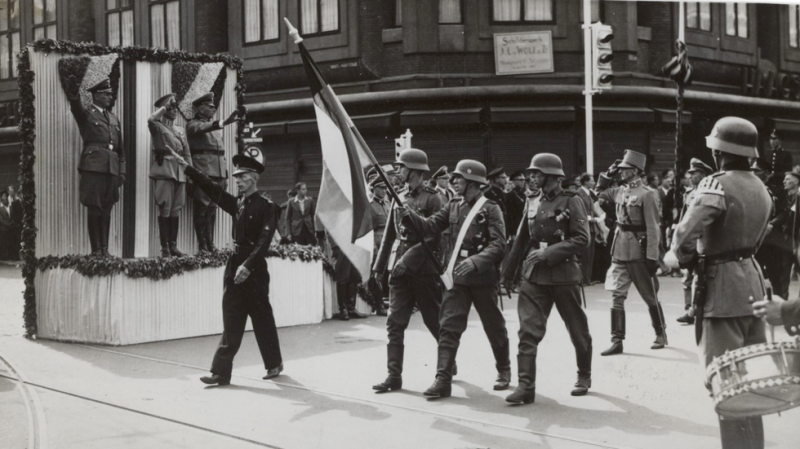 Berlin has forwarded a list with the names of recipients of German pensions between 2015 and 2019 and the exact sums they were paid, the Dutch State Secretary for Finance Hans Vijlbrief said in a letter to parliament, which was cited by local media.

It turned out that 34 people in the Netherlands were getting the ‘Kriegsbeschädigtenrente’ or disability stipends from Germany as of two years ago. The payments ranged from several hundred euros to as high as €1,300.

Most of the beneficiaries were veterans of the Waffen SS, or their widows and other closest relatives. Media reports claimed that among them could be war criminals and former guards at Auschwitz-Birkenau, as dozens of Dutch served at the infamous death camp alongside German troops.

The Netherlands has been pushing for Berlin to disclose the names since it was revealed in 2014 that thousands of former Nazi troops across Europe had been getting money from Germany. The stipends had been paid in line with a 1945 order by Karl Dönitz, who briefly succeeded Adolf Hitler as the head of the Third Reich. Dönitz’s decree was that all of those who suffered physical or mental damage while fighting for Germany in WWII were entitled to benefits.

Dutch MPs argued that it was unjust that the recipients of the German pensions could collect their checks without taxation, due to the payments being unknown to the country’s fiscal authorities. At the same, the victims of war – entitled to much smaller payments – were being taxed in full.

In his letter, Vijlbrief assured that all those on the list submitted by Belin would soon be checked by authorities to establish if taxes from their stipends were paid.

A law was passed in Germany in 1998 allowing for benefits to be stripped from former troops if there’s proof of their involvement in war crimes. But 76 years after the war, providing such proof is often problematic and the measure has so far only been applied to around 100 people.