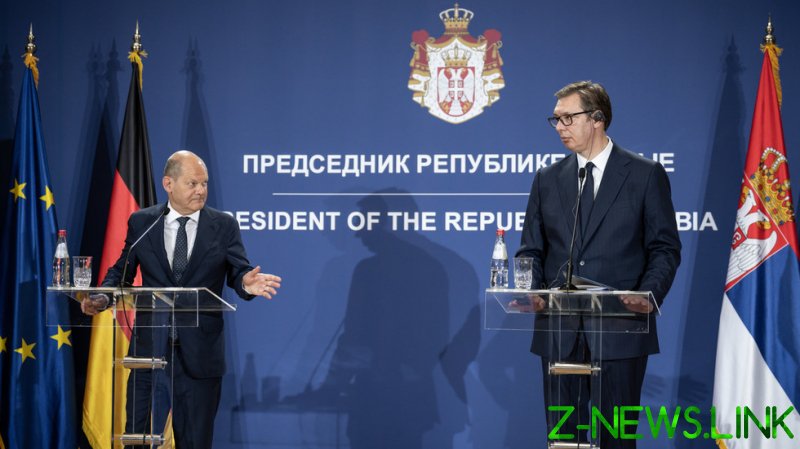 Serbia must follow the EU lead in embargoing Russia and recognize its breakaway province of Kosovo as an independent state if it hopes to join the bloc some day, German Chancellor Olaf Scholz said on Friday. At a press conference in Belgrade after his meeting with Serbian President Aleksandar Vucic, Scholz also said that the anti-Russian sanctions won’t end once the fighting in Ukraine stops.

“It is important that many countries join the sanctions, because in addition to deliveries of weapons that is something that helps Ukraine defend its sovereignty and territorial integrity,” Scholz said. “We expect all candidates for EU membership to join the sanctions as well.”

Brussels has so far adopted six “packages” of anti-Russian sanctions, with the most recent one including a phased ban on oil imports. These EU sanctions are “not something that will end when the hostilities are over,” Scholz said in Belgrade.

Instead, the German chancellor explained, Russia must accept it “cannot dictate the terms of peace” to Ukraine and guarantee Kiev’s sovereignty and territorial integrity, before the EU would consider lifting the embargo. 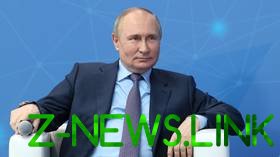 Russian President Vladimir Putin said on Thursday that the sanctions have backfired on the West, citing examples of inflation and shortages that US and EU governments are now trying to blame on Moscow. US Treasury Secretary Janet Yellen admitted on Friday the sanctions have made a “huge difference to food and energy prices,” amid record-setting inflation.

Vucic praised Serbia’s economic cooperation with Germany but reiterated that sanctioning Russia would be a difficult proposition for Belgrade. Earlier this week, he told Serbian television that the EU oil embargo has already cost $600 million in higher prices.

At the World Economic Forum meeting in Davos last month, Vucic said there was “no possibility” of anti-Russian sanctions at the moment and expressed pride that Serbia had been able to maintain its own, independent policy despite ongoing pressure.

On Friday, however, he said he “understood perfectly” Scholz’s demands, adding that “the chancellor will be notified of all our decisions going forward.” 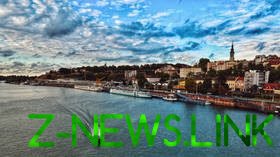 Sanctioning Russia was not the only demand Scholz made to Belgrade, however. The German chancellor started his Balkans tour in Pristina, the capital of the breakaway Serbian province of Kosovo, which declared independence in 2008 with NATO backing.

“It is unimaginable for two countries that don’t recognize each other to become EU members,” Scholz said in a press conference with Kosovo prime minister Albin Kurti, which was widely interpreted to mean that Serbia must recognize the breakaway province before hoping to join the bloc.

“We first heard of this at the press conference in Pristina,” Vucic said later on Friday, adding that it came as a surprise, since until now the EU demanded “normalization” of relations, not recognition. He told reporters he had told Scholz that Serbia values its own integrity “as much as you value the integrity of Ukraine.”