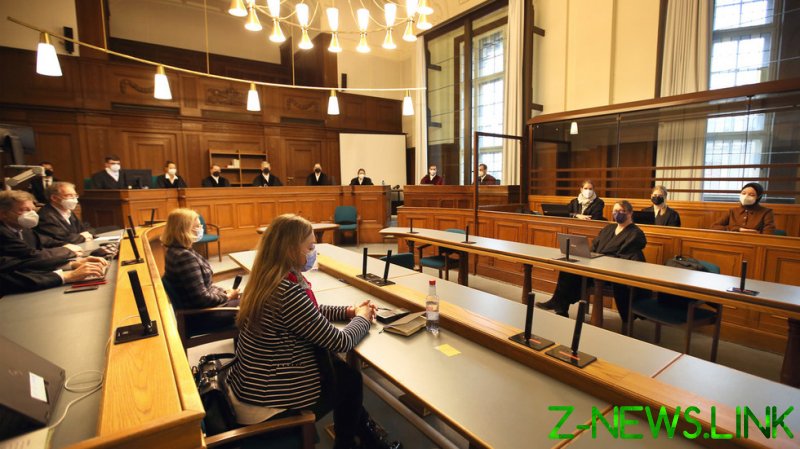 According to the prosecutors, the Russian security services sent Vadim Krasikov, under the fake name Vadim Sokolov, to Berlin in August 2019 with orders to murder Khangoshvili, a Georgian citizen who had claimed asylum in Germany.

The authorities claim that Krasikov shot the victim in broad daylight near the capital’s Kleiner Tiergarten park with a silenced handgun. He was arrested quickly after the incident before he had the chance to escape, prosecutors say, with two witnesses claiming to have seen him throwing his bike and a bag into a river.

On Wednesday, the court found Krasikov guilty of murder and sentenced him to life imprisonment. His defense team had claimed he was a victim of mistaken identity, and he had nothing to do with the killing. They also denied that their client has any links to the Russian state.

Krasikov was first outed as the suspect’s real name by the US- and UK-state-funded collective Bellingcat. According to the investigative group, the ‘Sokolov’ alias did not exist prior to 2019. Bellingcat also used facial-recognition software and photos of a matching tattoo to name the alleged killer.

“The act was meticulously prepared by aides stationed in Berlin,” the head judge, Olas Arnoldi, said, according to the New York Times.

The accusation that Moscow was responsible for the “state-contracted killing” of Khangoshvili was the catalyst for a serious diplomatic rift between Russia and Germany. In December 2019, after state prosecutors said they had “sufficient evidence” that either the Moscow or the Chechen government was behind the attack, the German foreign office declared two Russian diplomats personae non gratae.

The Kremlin has categorically rejected “any link” between the killing and the state, while the Russian ambassador to Germany, Sergey Nechaev, dubbed the accusations “baseless and unsupported by evidence.”

According to Russian President Vladimir Putin, Khangoshvili was a “cruel and bloodthirsty person,” and his previous life as a rebel soldier finally caught up with him. The Russian leader accused Khangoshvili of being behind multiple attacks, including one that killed 98 people, as well as a bomb on the Moscow Metro.

Khangoshvili was once a prominent militant commander of Islamist forces in the Russian Caucasus region, serving under the infamous terrorist warlord, Shamil Basayev, and the Al-Qaeda mercenaries’ leader, Abu al-Walid. He fought against Russia during the second Chechen war in the 2000s, and later worked for Georgia, where he was born.