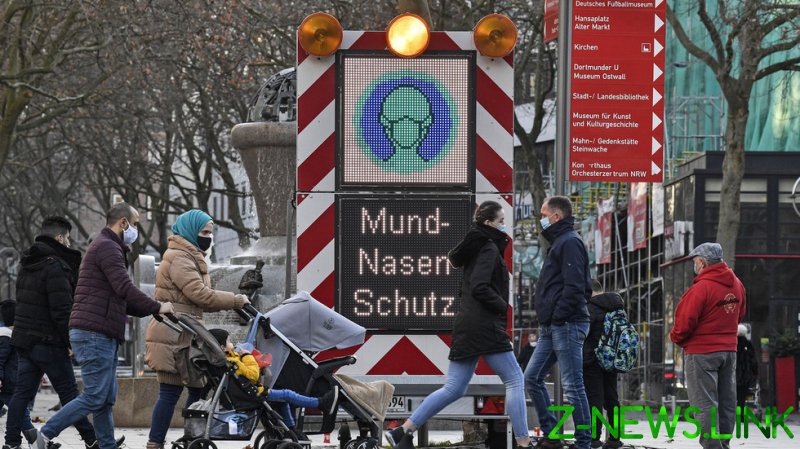 “We still have a big risk… that is the risk of mutation,” Steffen Seibert, Angela Merkel’s spokesman, said at a news conference, revealing that the chancellor had brought forward a meeting with the leaders of Germany’s 16 states to Tuesday.

The country has reported multiple cases of the Covid-19 variant discovered in the UK, and on Monday three people in the southeastern state of Bavaria were found to have tested positive for another new strain of the virus.

Seibert said Germany needs to bring down its virus incidence rate from its current level of around 146 new infections per 100,000 inhabitants, to 50, but said “we are not fast enough on the way to this target value.”

The current lockdown is due to expire at the end of January, but Vice Chancellor Olaf Scholz said on Monday that he “assumed” that the country would prolong the current restrictions for another 14 days until mid-February.

He also said that the imposition of curfews is a “possible measure” for which the government may opt, in a similar move to France, where from today curfews have come into place for the entire country between 6pm and 6am.

Some measures in Germany have already been toughened in response to persistently high numbers of new Covid-19 infections, including in the state of Bavaria, where the local government has made the use of FFP2 face masks mandatory for using public transport and while out shopping.

The introduction of the higher-grade masks as a stronger barrier to the spread of Covid-19 is one of the issues reportedly on the agenda for Merkel’s meeting with state leaders.

“We have to extend the lockdown until mid-February,” President of Bavaria Markus Soder said, while also warning that if regions eased restrictions, they risked infections “skyrocketing.”

Germany has registered more than two million Covid-19 cases, according to the Robert Koch Institute, as well as more than 46,000 deaths.