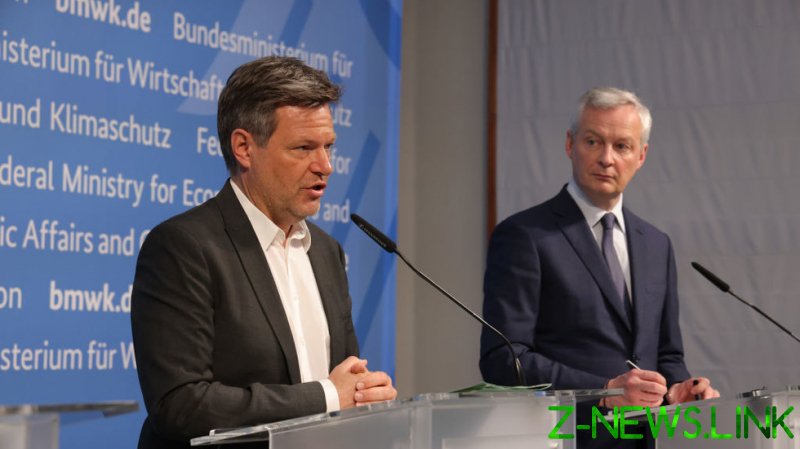 French Finance Minister Bruno Le Maire and German Economy Minister Robert Habeck said on Thursday that their countries won’t buy Russian gas with rubles, insisting that gas contracts in euros “must be observed.” Earlier, Russian President Vladimir Putin told Berlin that payments in euros would be converted to rubles upon arrival in Russia.

Speaking at a press conference in Berlin, Habeck said that Europe would not be “blackmailed” by Russia into using Russian currency to buy gas. Putin has demanded that, as of Friday, “unfriendly” countries – those who “illegally” sanctioned Russia’s central bank in response to the conflict in Ukraine – will have to pay for Russian gas in rubles or have their supply cut off.

However, Habeck told reporters that existing gas contracts between European nations and Russia, which were negotiated in euros, “must be observed.” Habeck reiterated an earlier statement from the Group of Seven major economies, which read, “We will under no circumstances accept paying for gas deliveries in a currency other than the contractually agreed currency.” 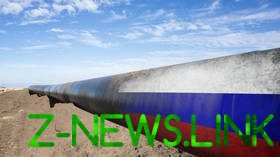 Putin spoke by phone with German Chancellor Olaf Scholz and French President Emmanel Macron on Wednesday, and outlined a system whereby both countries would continue to pay in euros, which would then be converted to rubles by Russia’s Gazprombank – which has not been sanctioned by the EU – upon receipt. “Scholz did not agree to this procedure in the conversation, but asked for written information to better understand the procedure,” a German official said, while a French official said, “France is against paying in rubles.”

It is unclear whether Habeck and Le Maire’s insistence that the original contracts in euros be honored extends to an outright rejection of the euros-to-rubles deal proposed by Putin on Wednesday. As Putin’s deal would involve interacting with Russia’s central bank, European leaders have been reluctant to agree.

However, Habeck said that Germany is prepared for Russia to potentially cut off the flow of gas should a deal not be reached. The Kremlin has threatened to shut off the gas flow to countries who refuse to pay in rubles, and Russian newspaper Kommersant reported on Thursday that energy giant Gazprom is currently “considering the possibility of a complete halt in gas supplies … and is assessing the consequences of such a step.”

Germany is heavily dependent on Russian energy, with Russia providing more than half of its gas supply, and a third of its imported oil. France counts on Russia to provide around a third of its gas and around 10% of its oil. Habeck already urged citizens this week to reduce their consumption amid the growing likelihood of rationing, and on Wednesday told German broadcaster ZDF that Germans “will be poorer” as a result of the sanctions placed on Russia.