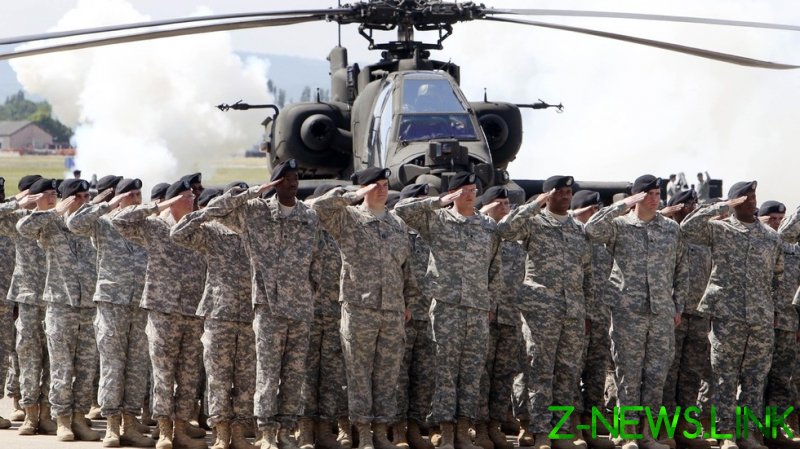 The US continues to “occupy” Germany by any scientific standard, while America’s NATO allies have surrendered all their sovereignty to Washington and aren’t allowed to have a say on issues like Nord Stream 2, Russian Foreign Ministry spokeswoman Maria Zakharova told RT in an exclusive interview on Tuesday.

Commenting on US President Joe Biden’s talk of “shutting down” the Nord Stream 2 pipeline during the visit of German Chancellor Olaf Scholz to Washington on Monday, Zakharova pointed out that Berlin remains under Washington’s thumb long after the Cold War’s end.

“Germany, according to a number of relevant characteristics – this is neither mine, nor Russia’s opinion, this is according to politological terms and metrics – remains, one way or another, an occupied state: 30,000 of American [troops] are stationed there,” she told RT.

Zakharova added that “American ambassadors to Germany, who are supposed to work there to improve bilateral relations, are giving orders to German officials.” Richard Grenell, who was the US ambassador to Berlin during the Trump presidency, was “giving them orders literally every day on what to do on issues such as Nord Stream 2.”

Germany is being treated like “simply a protectorate” by the US, Zakharova said, adding that this doesn’t just take the form of financial leverage of threats, but is “backed up by 30,000 American boots on the ground.”

Why Berlin allows itself to be treated like this is a question to ask Germany, but “the fact is that it’s not a relationship of equals,” Zakharova said.

Washington’s attempts to block Berlin from buying Russian natural gas via the Nord Stream 2 pipeline show complete disdain for German interests, she explained. “Germany needs this gas not because they like Russia or want to please us – they just need it, it’s what feeds their economy, it’s a resource their industrial development hinges on, it’s what they need to live, basically… a vital issue.”

Instead, Washington is trying to strong-arm Germany into buying liquefied natural gas (LNG) from the US. However, the price of American LNG is much higher, so the US told Germany to tax the people some more and make up the difference through subsidies, according to the Russian spokeswoman.

“What kind of talk is that? What free market are you talking about? Or the liberal economy, or the WTO?” she asked, noting that this is literally using energy as political leverage – exactly what the US accused Russia of wanting to do.

In Zakharova’s view, the rest of Europe isn’t any better off. She pointed to the US leadership lining up European NATO members and ordering them to spend 2% of their GDP on the military or else.

“And they talk like that to everyone,” Zakharova said. Russia, China and a few other countries refused to be ordered around, she said. “But most of them, if you take the EU, just surrendered. There’s been no talk of any sovereign interests for a long time now.”

Russia, by contrast, refuses to be talked to this way. “You can order around anyone who likes it – but we don’t, so you won’t talk like that to us,” Zakharova said. “If you violate something that concerns our interests and go against international law, you will receive actions in response.”