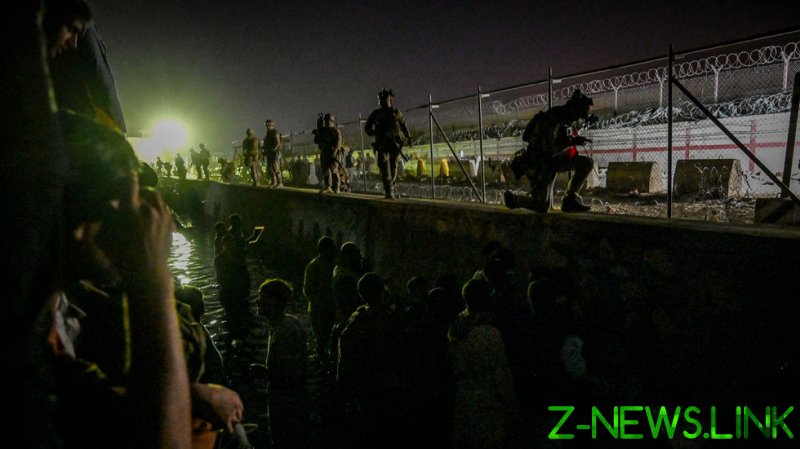 The Afghan National Army (ANA) was thought to have surrendered to the Taliban en masse and dissolved as of August 15, when the Islamist militants took over Kabul without a fight. As it turns out, some 600 of them fled to the Hamid Karzai International Airport (HKIA), hoping to get evacuated.

Four of their number were injured, one fatally, Monday morning in a friendly-fire incident with German soldiers guarding the airport – reportedly, as the result of an unknown sniper targeting their positions.

Original reports on the 4am incident relied on a Bundeswehr statement that said German and US forces took part in a “firefight” at the airport between “Afghan soldiers and unknown attackers.”

A CNN correspondent in Kabul, however, reported that Germans and “possibly” US Marines at the north gate of HKIA were involved in a “friendly fire incident” after an unknown sniper opened fire on the Afghans. The ANA troops fired back, but towards the NATO troops – who then returned fire, causing the casualties.

Monday morning’s incident was the first actual attack on the airport since the Taliban takeover, coming as the US and its NATO allies struggled to evacuate the tens of thousands of Westerners, as well as Afghans fleeing the country, before the August 31 deadline.

While US President Joe Biden has said he might extend the evacuation operations past that date if any Americans remain stranded, the Taliban have said publicly that doing so would violate the peace deal. Failure by the US and its allies to leave by the end of August would “provoke a reaction,” the group said, without offering any specifics.

There was no information on the sniper’s identity. The Taliban has observed the truce with US and NATO troops so far, and reporters in Kabul have speculated that the attacker may instead belong to the terrorist group Islamic State Khorasan (ISIS-K), said to operate in Afghanistan.

According to another version of events, the crowd of civilians outside the airport caused the Taliban fighters to shoot, which was met with a response from NATO troops, and resulted in a total of seven deaths: “a security official, two Taliban fighters and four people who tried to leave the country,” Sputnik reported on Monday evening, citing an unnamed eyewitness.

Evacuation efforts were dealt another blow on Monday evening local time, however, when a fire broke out at HKIA. Few details were available, but videos from the scene showed billowing clouds of black smoke that reportedly caused flight operations to be suspended yet again.