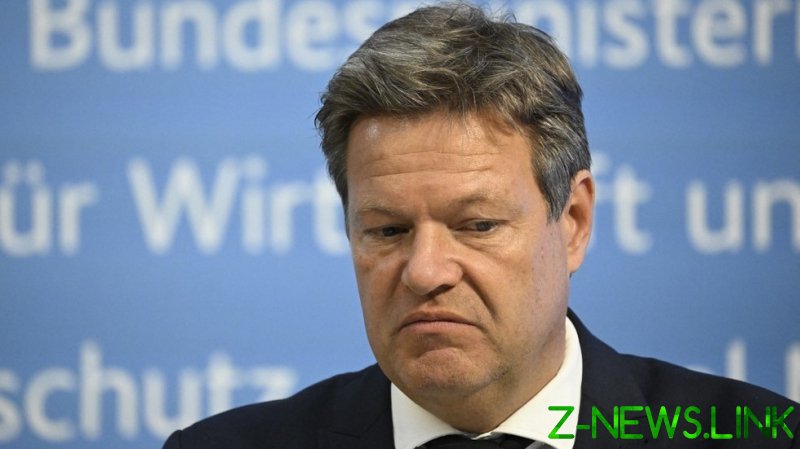 German Economy Minister Robert Habeck was drowned out by protesters in Bayreuth on Thursday as he urged Germans to accept the rising cost of energy as the price of standing against Russia. Meanwhile, gas prices are set to soar even further thanks to a new government surcharge.

A chorus of jeers and whistles rang out as Habeck took to the stage during a citizens’ forum in the Bavarian town. Holding signs reading “warmonger,” they chanted “get lost” as Habeck attempted to defend his government’s anti-Russia policies in the face of a floundering economy.

Habeck insisted that “Germany should not tolerate the Russian war of aggression in Ukraine, despite financial disadvantages,” according to a writeup of the event on Stern, a German news site.

Participants in the forum, however, told Habeck that these “disadvantages” were hurting them. Germany’s strategy of moving away from Russian energy imports as quickly as possible amounts to “economic suicide,” a solar entrepreneur told the minister, according to coverage by the Frankfurter Allgemeine. “What have the sanctions achieved?” another woman asked, adding that Russia will win in Ukraine regardless of the West’s economic penalties.

The outspoken entrepreneur is not the only critic to accuse the German government of committing “economic suicide.” Russian President Vladimir Putin has used the same phrase, while industry leaders in Germany have repeatedly warned that they face economic ruin without a steady supply of cheap Russian gas. 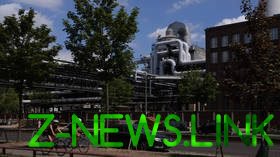 Germany relies on Russia to supply around 55% of its natural gas. Despite this reliance, Berlin abruptly canceled the certification of the Nord Stream 2 gas pipeline within days of Russia’s military operation in Ukraine, and supported sanctions that have impeded critical repairs along the existing Nord Stream I line. With the country refusing to extend the lifespan of its last three nuclear power plants, a number of coal plants are due to be reactivated.

Habeck claimed on Thursday that rising prices are the fault of Russian President Vladimir Putin, who should be opposed regardless of the cost to Europe. Regarding reduced flow through the Nord Stream 1 line, Habeck told the crowd that Russia refuses to take a serviced turbine from Germany to repair Nord Stream 1. Meanwhile, Russian energy giant Gazprom stated this week that EU and UK sanctions prevent it from taking the vital piece of equipment to Russia.

Earlier on Thursday, Habeck told German broadcaster ZDF that Nord Stream 2 would not be revived, arguing that doing so “would be raising the white flag” to Putin.

Germany this week also voted in favor of an EU plan asking all member states to commit to a 15% reduction in gas consumption over the winter, while several news outlets reported that a planned government surcharge will see gas bills soar for Germans from October onwards, with the average German household expected to pay an additional €1,000 ($1,016) per year to cook and heat their homes.