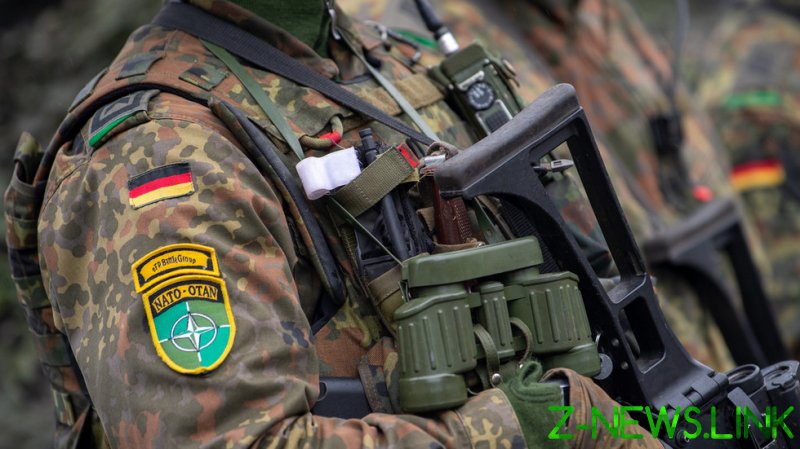 Among the dozen suspects arrested in the northern German state of Schleswig-Holstein for a series of burglaries at military bases were two Bundeswehr soldiers who wanted to use the purloined explosives to destroy the bridge between Crimea and the Russian mainland, a German tabloid reported, citing police sources.

“A series of burglaries, long investigations, a crazy plan: How German soldiers wanted to intervene in the Ukraine war,” the Hamburg-based weekly Stern said in a headline. The story, pieced together from police reports, details the investigation into a theft ring that involved a total of four Bundeswehr soldiers and eight other suspects rounded up by the police in Kiel.

The arrests actually happened on May 22, to little or no media attention, as the probe was focused on break-ins at military facilities and the theft of weapons, explosives, and other ammunition for resale at the black market. The bridge plot was discovered by accident, as police monitored the suspects’ phone conversations, according to the magazine.

During the calls, the two men discussed the type and quantity of materials they would need to destroy the 19-kilometer bridge between Crimea and the Taman peninsula, as a way to help Ukraine in the conflict with Russia.

Just before they were arrested, the conspirators had tried – unsuccessfully – to steal diving equipment from the Eckernfoerde naval facility near Kiel. Police say they had planned to travel to Ukraine a few days later. Ammunition, weapons and explosives were found at the home of the two soldiers. Stern said the stolen goods were partly intended for resale and partly for personal use – including the Crimea plot. 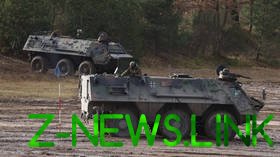 The ring allegedly began operations last summer, and broke into a barracks in Alt Duvenstedt and a naval facility in Eckernfoerde at the beginning of 2022, before the hostilities in Ukraine escalated.

Crimea voted to leave Ukraine and rejoin Russia in March 2014, following the US-backed coup in Kiev. The bridge was built to connect the peninsula to the Russian mainland, with the road portion opening in 2018 and the rail segment in 2020.

Though Russian troops established an overland connection with Crimea early on in the conflict by taking most of the Kherson and Zaporozhye Regions, the government in Kiev has remained fixated on destroying the bridge.

“If there is an opportunity to do this, we will definitely do it,” said Alexey Danilov, secretary of the National Security and Defense Council of Ukraine, in an April interview.

Ukrainian general Dmitry Marchenko told US state-run media last month that Kiev still wanted to blow up the bridge, but was waiting for the West to deliver the right kind of weapons. Alexey Arestovich, a top aide to Ukrainian President Volodymyr Zelensky, said last week that the plans to go after the bridge were absolutely still in play.

On Thursday, former NATO commander in Europe and retired US Air Force general Philip Breedlove told the Times the Ukrainians should target the bridge with Harpoon anti-ship missiles recently delivered by the Pentagon.