Home / WORLD / German tabloid Bild fires its editor after reports of sexual misconduct… but it’s all about money, not press integrity

German tabloid Bild fires its editor after reports of sexual misconduct… but it’s all about money, not press integrity 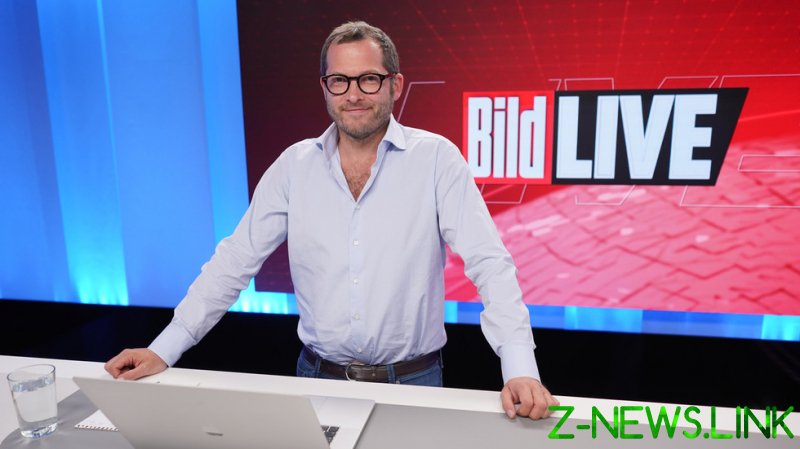 As Germany’s biggest news outlet appoints Johannes Boie, 37, its new editor-in-chief today, having finally sacked former boss Julian Reichelt over allegations of sexual impropriety at work, those young female interns and junior reporters might claim victory. But his departure was really all about the business. Nothing more.

The publishing giant that owns Bild, Axel Springer, is on something of an acquisition spree. Not content with owning its German flagship newspaper, website, and TV business, it has recently picked up the online news portal Politico for a reported $1 billion to add to the website Business Insider, which it bought in 2015 for $442 million. It is experiencing a serious growth in its ambitions and cannot have those undermined by the indiscreet workplace liaisons of a priapic editor-in-chief.

In a roundabout way, it is the purchase of the US company, putting Axel Springer smack bang in the middle of the American media landscape, that ultimately led to the demise of Reichelt, 41. His caveman culture – once described as “Screw, promote, fire” – was not a good fit for the more conservatively corporate Yanks.

So although he had weathered the storm before, and been cleared by an internal investigation into his behaviour, that inquiry and its whitewashing result had emboldened those female colleagues who had either heard of or personally experienced his unique hands-on management style to the point of documenting the sordid details with a view to publication.

The problem they faced was that Mathias Döpfner, the head of Axel Springer, was reportedly a Reichelt fanboy with a long reach, so no German news outlets would touch the story. Enter the New York Times, where modern tales of sexual misbehaviour – #MeToo – in the corporate world are its daily bread and butter.

They lapped up this tale of abuse of power at Europe’s biggest tabloid – it sells about 1.3 million-plus copies a day – and with incoming fire from New York, rather than Berlin, Reichelt’s allies proved powerless to keep a lid on it this time. The scandal that surrounded Döpfner’s golden boy became too much, and there was only one choice. He had to go.

His departure, however, leaves a trail of stink behind. The four female investigative journalists at German publisher Ippen who were told at the last minute that their expose of Reichelt’s behaviour at Bild would never see the light of day – allegedly after an intervention from company Ippen’s largest shareholder, Dirk Ippen – have had their revenge through collaboration with the NYT. And while that says something for their determination, something smells about press freedom in Germany.

While rival news organisations are no doubt dancing with glee, executives over at business newspaper Handelsblatt must also be enjoying their competitor’s turmoil, after they were persuaded back in 2018 not to run an article alleging conflicts of interest in Reichelt’s relationship with a woman at a public relations agency. The phone call that led to that story being pulled apparently came from Reichelt himself.

And then earlier this year there was Axel Springer’s internal investigation into “the abuse of power in connection with consensual relationships and drug consumption at the place of work,” after allegations arose that the editor-in-chief had created a hostile work environment. Nothing wrong here, the inquiry found, and 12 days later Reichelt was back at work.

If this had all happened in the 1980s, or even 90s, then no one would bat an eyelid. Behaviour like that alleged against Reichelt was rife throughout the press in the UK – and I should know, I witnessed plenty of it firsthand. Flagrant abuse of power by men at the top over young women just starting their careers. It really was beyond the pale.

In the UK, however, that culture has most definitely changed. And in the US, likewise. But it seems workplace behaviours in Germany, and expectations of how senior management conduct – and are seen to conduct – themselves, still have some way to go to catch up to 2021.

Because let’s face it: Julian Reichelt was not cast adrift because of his personal peccadilloes, but thanks to the potential impact of the allegations against him on Axel Springer’s bottom line.

If money didn’t matter, he’d still be flirting with interns in his cosy office, protected by a network of powerful and influential friends with little time for exposing the truth when it interferes with their interests.

It was newspaper coverage, albeit from the USA, that finally did for Reichelt. But I’m not sure this could be chalked up to press freedom, more like gritty determination from journalists frustrated at those attempts to block their revelations, who ultimately circumvented attempts from Germany’s largest news organisation to deny them that freedom.

That’s not really how this is meant to work – but hey-ho, it’s the result that counts. Isn’t it?