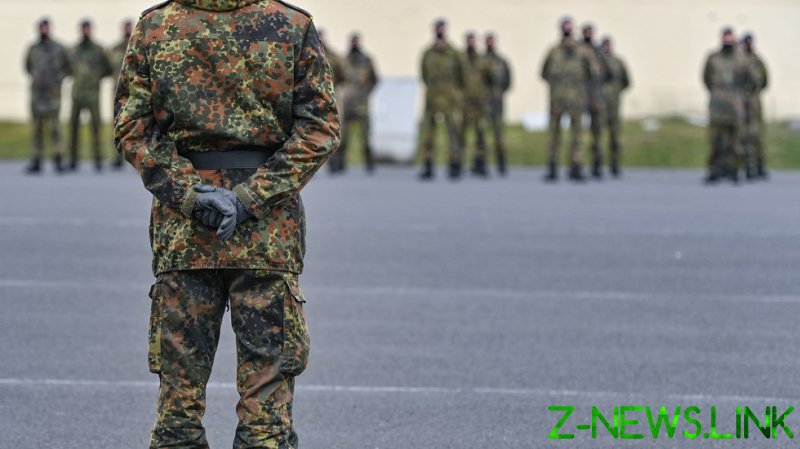 On Monday, police in the German western state of Hesse said they arrested two men, including a 21-year-old Bundeswehr soldier, as part of a series of raids over the weekend. While searching their apartments, the Special Forces officers discovered “extensive evidence” of their illegal activities and seized “military-grade weapons, various ammunition and explosives.”

The suspects – the soldier and reportedly his father – were then charged with illegally “hoarding” weapons and making “right-wing extremist” statements and placed into custody. Another suspect, who the German media say is the soldier’s younger brother, 20, turned himself in on Sunday evening and was arrested as well.

It is unclear if the suspects had any particular plans involving the weapons they amassed. The police provided few details of the incident, citing the ongoing investigation. The media said that the weapons discovered, although military-grade, were not taken from the German Armed Forces. A grenade found during the raid reportedly is a model once produced in the former Yugoslavia.

The arrested soldier served at the southern German town of Pfullendorf, where a German Army Special Operations training center is located. It is, however, unclear if the suspect served with the German Special Forces Command (KSK).

The incident has become the latest in a series of scandals related to the far-right extremist activities within the German Armed Forces. The KSK has been a particularly frequent source of such incidents.
A KSK non-commissioned officer was probed on similar charges of stockpiling military-issue firearms and ammunition in May 2020. Later, it was also reported that he took part in a controversial farewell party involving Nazi hand gestures staged by one of the KSK units.

The German elite troops’ reputation has been seriously stained after a number of officers were found to have been involved in a far-right underground network plotting to kill some top German politicians, including Foreign Minister Heiko Maas. The scandal even prompted the Defense Minister Annegret Kramp-Karrenbauer to partly disband one of the KSK units.

The problem, however, appears to be not limited to the Army. Last week, a police officer in Hesse was charged with inciting ethnic hatred after it was discovered that he justified police violence towards migrants and described Muslims as “disgusting” people in several online chat groups. The man was reportedly found to have hoarded some military-grade weapons, explosives and ammunition as well.