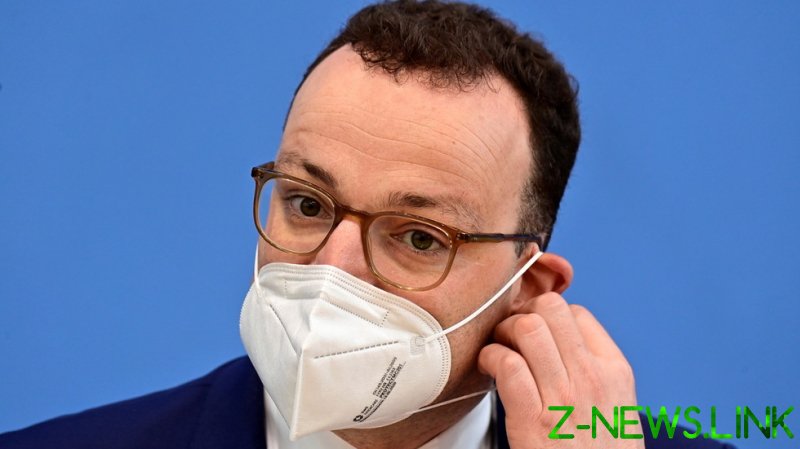 The government purchased the masks from a Chinese firm Yi Cheng in the spring of 2020 when Europe was first hit by the pandemic. The EU regulator had warned that the masks made by the firm had poor filter quality and barred them from the market.

Nevertheless, German Health Minister Jens Spahn arranged for the gear to be cleared through the technical safety provider TUV Nord, Der Spiegel magazine reported. The fast-tracked process agreed with the German medical devices regulator BfArM [The Federal Institute for Drugs and Medical Devices] was boiled down to the bare minimum of checks, without the required temperature tests and the simulation of use, the report said, citing internal government documents and correspondence.

According to Der Spiegel, the “unusable” masks were still not allowed to be widely distributed due to insufficient testing, with 301 million of them remaining in stock by the end of April 2021. While discussing what to do with the potentially faulty gear, the health ministry at one point reportedly suggested distributing the masks among welfare recipients, people with disabilities and the homeless.

It was finally decided to move the masks to the national reserve, wait until their expiration date hits in one to four years, and burn the stock, the magazine said. According to the memo circulated by the labor ministry and cited by the paper, the distribution of the masks will only be possible “in exceptional circumstances,” provided they are “successfully retested” and the labor ministry signs on their release. Der Spiegel cited a labor ministry report that the government had spent more than €1 billion euros ($1.2 billion) on these masks.

“People with disabilities are not guinea pigs at whom one can throw the results of bad decisions,” SPD MP Angelika Gloeckner told Der Spiegel, accusing Spahn of trying to “cover up” his mistakes.

The revelation came after the German media reported in March that the health ministry overpaid for mask supplies from a firm where Spahn’s husband works. The ministry denied any wrongdoing.

Moreover, an investigation was launched this month into a possible embezzlement of government funds sent to the private free rapid Covid-19 test centers.