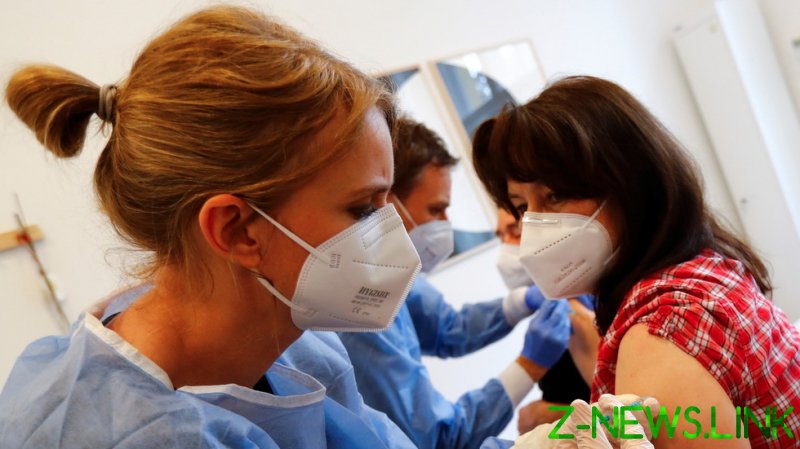 Edeka Nord is one of the leading grocery retailers in northern Germany. The company that operates some 670 stores and employs around 4,400 people has decided to provide its workers with an additional incentive to vaccinate, as Germany struggles to contain yet another wave of the coronavirus pandemic.

Any staff member eligible for vaccination and who gets immunized can receive a reward, the company confirmed to the German media. However, Germany is currently vaccinating only the elderly, those with chronic lung diseases, as well as close contacts of pregnant women. It is unclear how many of Edeka Nord’s employees fall into these categories, but the company said it wants to “fulfill its duty of care as an employer and support the country’s vaccination strategy.”

In addition to “social responsibility,” the initiative also serves “self-interest” and the need to “keep the company going,” deputy CEO Julia Koerner told the German newspaper KN. Edeka Nord even developed a “concept” to vaccinate its employees right at their workplaces.

The initiative received praise from the government of the German state of Schleswig-Holstein, which described it as something that might happen in a more distant future, as there are too few jabs available to make it a reality at the moment.

It is also unclear if a financial incentive could really encourage more people to take a shot, even if any were available. A study published by a team of scientists from the university of Erfurt in February showed that cash offers ranging between €25 ($29) and €200 ($238) did not lead to any significant increase in volunteers.

Another study by the Berlin Social Science Center suggested that larger sums between $100 and $500 could potentially have a positive effect, while smaller bonuses of around $20 could in fact discourage people from vaccinating.

Over in the US, some companies have opted for a different approach. Last month, a donut and coffeehouse chain Krispy Kreme said it was offering any guest who shows a valid vaccination card a free donut every day for the rest of 2021.