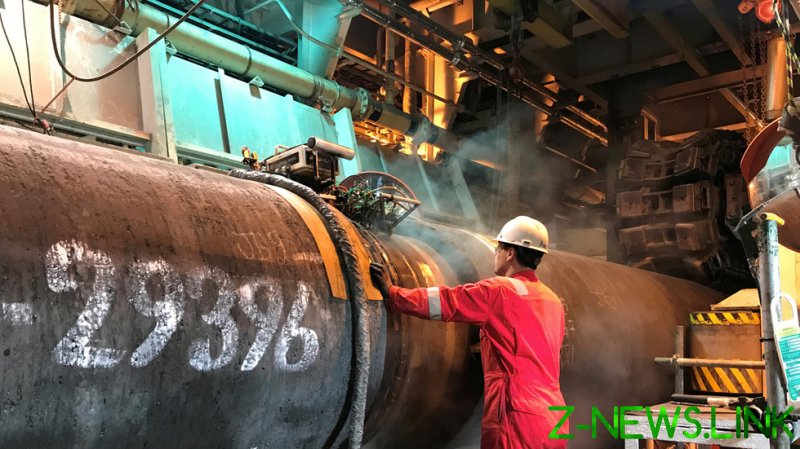 Hitting out on Wednesday at critics of the joint project with Moscow, Heiko Maas warned the project’s detractors must consider the “geostrategic” consequences of failing to finish work on Nord Stream 2.

The minister warned that those seeking to torpedo the project, such as the US, which has levied sanctions against firms involved in the construction, should think “about what it would mean in terms of the prospects for influencing Russia from Europe.”

In a fiery salvo against those working to block the plan, he argued that “you say that, because of the events in Russia, we should no longer do business with it… I don’t value the strategy of burned bridges, it is not only wrong, but also dangerous.”

Maas also implied that opponents to the Baltic Sea gas link were guilty of double standards. “There are countries that demand we stop construction,” he said, “while they themselves are increasing their supplies of oil from Russia.”

As well as efforts from the US to force firms involved in Nord Stream 2 to pull out or face punitive measures, Ukraine has been actively engaged in a campaign of influence to termination of the project. In November, a bombshell report in The Wall Street Journal revealed how energy executives and Kiev’s national security officials were pressing American officials for even tougher measures to stop the laying of the pipeline. The country receives vast quantities of Russian oil and relies on transit tariffs as a valuable source of income.

While work on the colossal underwater gas conduit ground to a halt in the wake of US sanctions, it resumed again in 2020 and its operators say that the first of two branches could be finished within the first half of this year. Costing $11 billion dollars, Nord Stream 2 has been accused by Washington of being a “grave threat” to Europe’s “energy security, and American national security.”

However, the US has faced accusations that its motives are more cynical, and are more about dominating the continent’s energy market. According to the journal POLITICO, a common refrain in Berlin is that “the Americans don’t care about Russia, they just want to sell us their fracking gas.”