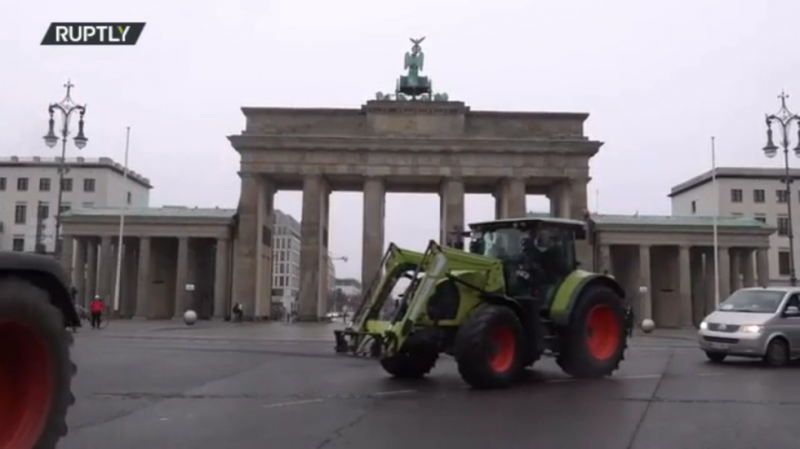 Dozens of agricultural vehicles drove through the streets of the German capital on Friday, passing by Alexanderplatz, the Brandenburg Gate, and the Victory Column. The tractors and semis were carrying slogans like “Agriculture needs a future,”“When right becomes wrong, resistance becomes duty,” and “Schulze is getting rid of us.”

The latter refers to Federal Minister for the Environment Svenja Schulze, the official behind the proposed Insect Protection Act, which is due to be adopted by the German parliament next week. The farmers say it’s too restrictive and will de facto prohibit some of them from using insecticide, forcing them out of business.

The protesters believe the bill is motivated by ideology rather than science. “We promote biodiversity, but not unsustainable ministries,” says the website of Land Creates Connection, the farmers’ group behind the protest. The activists have scheduled several events in the days leading up to the parliament vote.

On their way through Berlin, the German tractorcade met another demonstration – a group of Antifa activists calling for more support for students during the Covid-19 pandemic. The pedestrian protesters had to wait some time to let the tractors pass.

Two weeks ago, another farmer protest, which involved both a 400-strong tractor convoy and a more traditional rally of some 15,000 people, was held in Berlin to demand more reasonable regulations for the German agriculture sector.