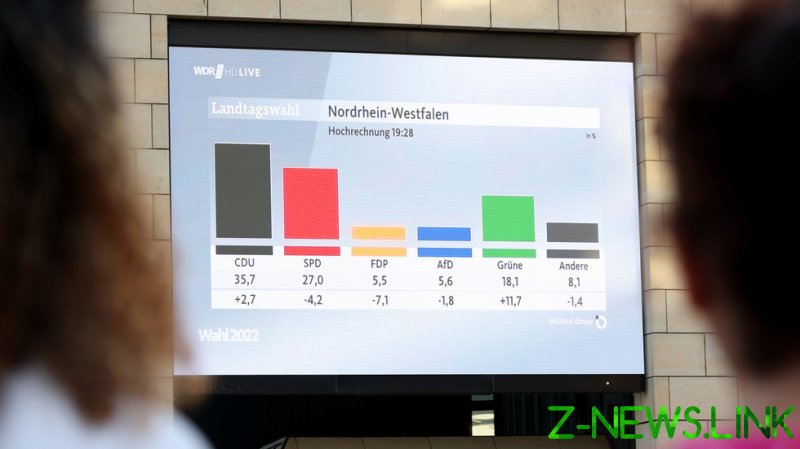 German Chancellor Olaf Scholz’s party suffered a setback in an important regional election on Sunday as the Social Democrats claimed an historic low percentage of the vote. The Greens, their partners in the national government, almost tripled their support in the North Rhine-Westphalia (NRW) and are now poised to play kingmaker in forming the federal state’s next government.

NRW is the most populous region in Germany, with 13 million registered voters, and is a political and economic powerhouse. Sunday’s election was held six months after the general election that put Scholtz in power in Germany.

The regional vote was considered a ‘mini-federal election’ serving as a bellwether for national politics. Scholz personally campaigned on behalf of Thomas Kutschaty, the leading candidate from his Social Democratic Party (SPD), further turning it into a symbolic referendum on his policies.

The projected results indicate a huge loss for the SPD, which won just 27% of the vote, down from 31.2% in 2017. The party has never scored below 30% in the region since modern Germany was created in the wake of World War II.

Opposition Christian Democrats (CDU), the party that remained in power in Germany for 16 years under former Chancellor Angela Merkel, came first with a projected 36% of the vote, up from 33% in the previous election.

The Greens showed the biggest gain by grabbing 18% of the vote, compared to just 6.4% four years ago. Free Democrats (FDP), the CDU’s coalition partners in the current NRW government, and the Alternative for Germany (AfD) party both took a hit. 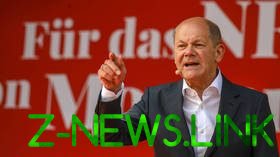 The CDU-FDP bloc no longer has enough seats in the regional parliament to ensure continuation of the government, so the Greens are now able to serve as kingmakers. The CDU’s Hendrik Wust has the strongest claim to form a new ruling coalition, with the Greens as the most likely partner. As he celebrated the victory, he said holding coalition talks was his next step after the Christian Democrats received a clear mandate from voters to remain in power, but offered no specifics.

However, a “traffic light coalition” of Social Democrats, Free Democrats and the Greens – the same parties that control the federal government of Germany – is likewise on the table. Mona Neubaur, the leading candidate from the party, thanked her opposite numbers from the other parties – except the shunned rightwing AfD – for running a fair and respectful race and said the Greens were ready to “take responsibility” for the region.

The electoral flop was the second one for the CDU this month, after it suffered a defeat last week in the northern federal state of Schleswig-Holstein. The Christian Democrats won it by a landslide, with the Greens taking second place.

In late March, the Social Democrats scored an historic landslide win in the small region of Saarland, capturing an absolute majority.