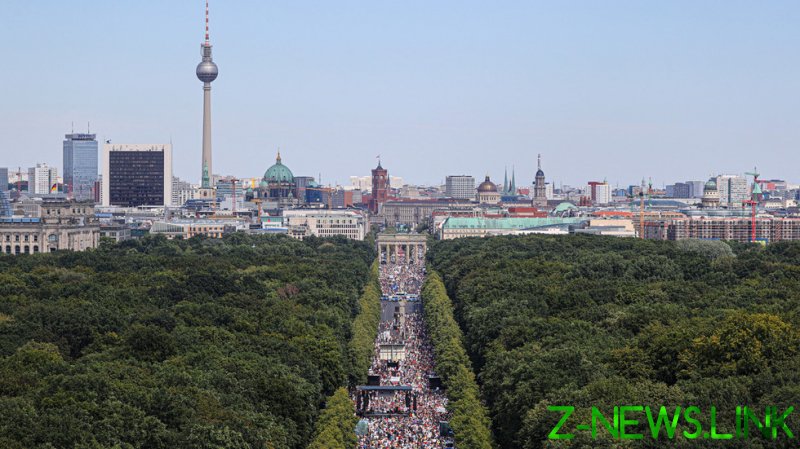 Organizers of the August 29 “Assembly for Freedom” in central Berlin had registered 17,000 demonstrators. The local government says police will be out in force to prevent the gathering, because participants in the previous march “deliberately broke the rules” for wearing masks and social distancing.

“We are still in the middle of a pandemic with rising infection figures,” Berlin’s interior minister Andreas Geisel told reporters on Wednesday.

“This is not a decision against freedom of assembly, but a decision in favour of infection protection,” the minister said, adding that Berlin should not be “misused as a stage for corona deniers… and right-wing extremists.”

About 20,000 people marched against the lockdown measures on August 1, including civil libertarians, constitutionalists, anti-vaccination activists and supporters of the Reichsburger movement, which some German state governments consider far-right. Some of the marchers, Geisel said, refused to wear face coverings or keep a distance of 1.5 meters, as required by police.

The minister is a member of the Social-Democratic Party (SPD), which controls the Senate – the governing body – of the German capital, which is also administered as a federal state. The opposition Alternative for Germany (AfD) party said the ban violated the rights of Berliners.

“The Senate is trampling on fundamental rights,” the party’s Berlin branch said in a statement, calling for a rally at the Brandenburg Gate.

Germany’s Robert Koch Institute has reported a rise in Covid-19 cases in recent weeks, with over 1,500 new infections over the past 24 hours, 66 of them in Berlin. The capital has had almost 11,000 cases and 225 deaths since the outbreak, while Germany as a whole has reported over 236,000 cases and more than 9,200 deaths.