Home / Society / Georgy Langemak: for that shot the Creator of “Katyusha” 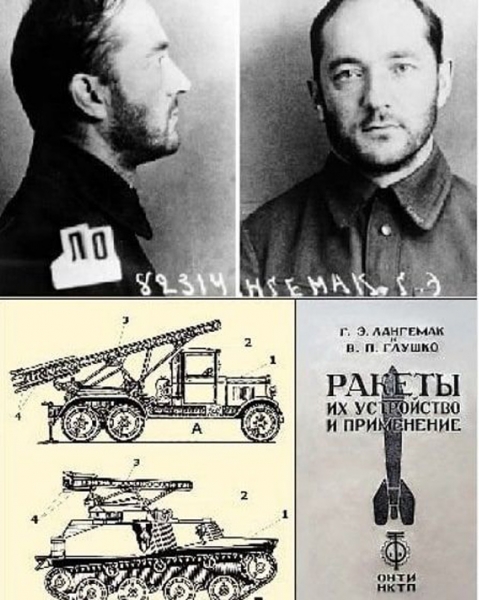 About the legendary “Katyusha” even children know. This instrument became a symbol of the great Patriotic war. However, few people know that his Creator, the Soviet scientist Georgy Langemak, shot another 3 years before the beginning of the war. While the invention has literally appropriated the engineer Andrei Kostikov. German and believer Erikhovich Georgy Langemak was born on the territory of modern Lugansk region in the town of Starobelsk. His father was a native of Germany, and his mother was born in Switzerland. At the time, the couple moved to permanent residence in the Russian Empire and received local citizenship. Langemak were believers and professed Lutheranism. They baptized his son. George received an excellent education. With honors he graduated from high school and mastered several languages. He planned to become a philologist, and even passed the entrance exams at the faculty of Philology of the University. But in the same 1916 he was called to military service in the Navy. On the brink When came the October revolution, Langemak, according to one, was in Estonian Tallinn (then revel), where he trained in artillery courses, the other in Finland in connection with army service. Whatever it was, neither is, nor in the other case, George erihovich physically could not take any part in the coup. Finally in 1918 he returned home and from there went to Odessa. There Langemak made a second attempt to become a student-philologist, enrolling in the local University. However, the young man failed to attend a single lecture: the city was one of the centers of confrontation between white and red. Soon Odessa still took last. The mobilization was announced, and Langemak again found himself in the ranks of the military. He joined the party, but despite this fact, since several times been on the verge of life and death. So, he was arrested, sentenced to death and then released in connection with the Kronshtadt uprising. And in the early 1920-ies George Erikhovich expelled from the party because he was married in the Church with his wife. The success and execution But fate to a certain point was to Langemak supportive. In 1928 he graduated from the military technical Academy and began to work in the gas-dynamic laboratory. After 5 years on the basis of this lab was established rocket research Institute, the Deputy Director who was appointed exactly George Erikhovich. During his work both in the lab and in the Institute Langemak studied rockets. These writings later formed the Foundation for the legendary “Katyusha”. In 1937 for his scientific achievements the Langemak and his colleagues noted by government awards. Just a few weeks after that, Langemak was imprisoned, and in 1938 shot. Scientist accused of espionage in favor of Germany, of sabotage and membership in anti-Soviet organization. Rehabilitation is Not the last role in the sad fate of the talented designer played the above mentioned engineer Andrei Kostikov. It Kostikov took a chair Langemak after his execution and became the “father” of the famous “Katyusha”. The Soviet government in turn has repeatedly said Kostikova activities in exposing the so-called “enemies of the people”. Only 2 years later after Stalin’s death, that is, in 1955, Langemak was rehabilitated. And at the end of 1980-ies of the special Commission finally investigated in relation Kostikova and “his invention.” The result of this work it became clear that Kostikov was involved in the arrests Langemak and his colleagues, because he (Kostikov) headed the Board, which recognized the work of scientists sabotage. In 1991, George Erikhovich was finally returned his good name and recognized his authorship in respect of “Katyusha”, and was awarded the title hero of Socialist labor.