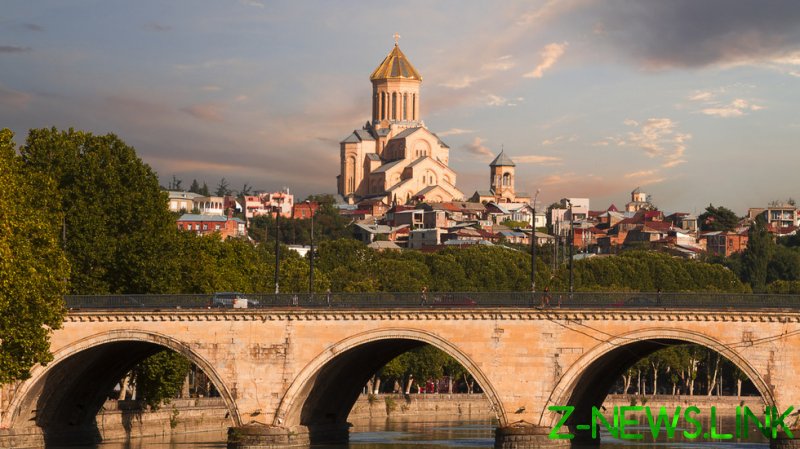 A new opinion poll has suggested that almost two-thirds of Georgians support their governments decision not to join the West in imposing economic sanctions on Russia in response to the conflict in Ukraine. Moscow and Tblisi fought a brief war, in 2008, which is often cited as having similarities to the present-day Russian-Ukrainian situation.

In the survey – conducted by the Tbilisi-based public opinion agency GORBI, 64.5% of respondents said they did not support the use of such restrictions. However, while the majority of Georgians back their country’s move to steer clear of sanctions, over 30% of those polled disagreed with the chosen strategy, and close to 5% refused to answer the question.

During the course of the poll, conducted from March 10 through March 16, 1,008 people were interviewed over the phone. The survey was commissioned by the private television and radio company Imedi Media Holding, which published its findings on Sunday.

“Of course, we are aware of the actions of our international partners after the outbreak of hostilities in Ukraine – I mean economic and financial sanctions. And I would like to clearly and unequivocally state that Georgia is not going to participate in these sanctions, since this will only greatly harm our country and population,” Garibashvili said on February 25, the day after the Kremlin launched its military operation in Ukraine.

Although Tbilisi also expressed its support for the people of Ukraine and condemned Russia’s “attack on a sovereign state,” Kiev has recalled its ambassador from Georgia.

The United States and its EU allies have imposed unprecedented sanctions on Moscow, targeting its energy exports and tech imports, freezing its international assets, and cutting off Russian banks from SWIFT, the global financial transactions system.

Russia attacked its neighbor in late February, following a seven-year standoff over Ukraine’s failure to implement the terms of the Minsk agreements, and Moscow’s eventual recognition of the Donbass republics of Donetsk and Lugansk. German- and French-brokered protocols had been designed to regularize the status of those regions within the Ukrainian state.