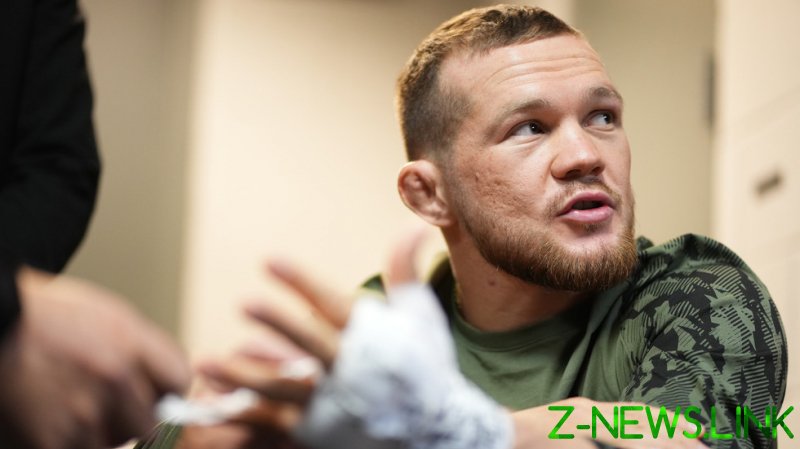 Yan was defeated twice by American fighter Sterling, the first by controversial disqualification and once again in April by split decision after Sterling successfully stifled the attacks of the Russian standout.

The build-up to the rematch was marked by a series of contentious statements from Yan, who said that Sterling deserved an Academy Awards for feigning an injury in their first fight after Yan was disqualified for landing a clearly illegal knee strike to Sterling’s head.

Dvalishvili was also enraged by Yan saying that he would “kill” Sterling in their second fight earlier this year; something the Georgian said made his teammate’s win that much sweeter.

And speaking this week, Dvalishvili elaborated on his dislike for Yan and said that he got what he deserved when Sterling had his hand raised in the Octagon several weeks ago.

“In Jacksonville, we did see him at the hotel, but even though I was mad at him, I tell him, ‘You should focus on fight. You have a fight tomorrow,’” Dvalishvili said to MMA Fighting.

“[I said], ‘I don’t want nothing to happen to your fight.’ I wanted to argue with him, and after…I wanted to go after [him].

Dvalishvili has won seven straight fights in the UFC at 135lbs, a record which would make him an ideal contender to take on Yan this year as he looks to re-establish his bantamweight credential and work towards a potential third fight with Sterling – but Dvalishvili adds that perhaps Yan should take some time away to improve his own skills.

“When Aljo won the first three rounds, and after, Aljo gave up the last two rounds, I said, ‘It’s OK, we win,’” Dvalishvili said. “‘Enjoy with your family. Don’t come back. Stay in Russia.’”

And as long as Sterling remains the champion, Dvalishvili says that he has no intention of chasing the belt, though Sterling did say that he would one day move up a division to allow his training partner a run at the gold.

“I’m blessed, I have friends like him,” Dvalishvili said of Sterling.

“What else can I say? It already says everything. He’s a true friend. He’s the best. I learn so much from him, and I’m still learning every day. He’s the reason I fight where I fight now. We’ll never fight each other. I don’t care about the title. I don’t even think about the title yet. As long as Aljo is the champion, he will be champion as long as he wants to be the champion.”