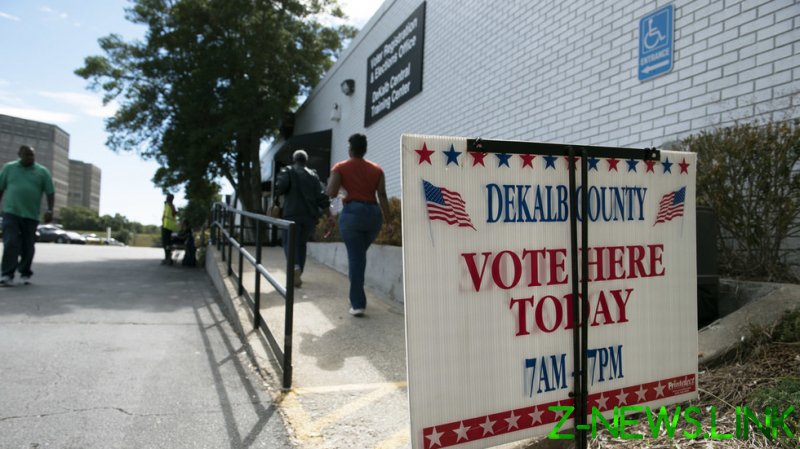 In an interview with the Washington Post on Monday, Raffensperger said that “it sure looked like” Graham wanted him to think of a way to discard mail-in ballots in counties where a high rate of non-matching signatures was reported.

“It sure looked like he was wanting to go down that road,” he said.

Raffensperger was quoted by the WaPo as saying that Graham wanted to find out whether he, as a Georgia state secretary, could order the mail-in ballots in these counties to be excluded from the tally. Raffensperger said he told Graham that it was not his call to make since elections are administered by the counties.

As the interview emerged, Trump detractors wasted no time in accusing Graham of arm-twisting election officials into “throwing out legal ballots.” Some suggested the South Carolina senator might have been “committing federal crimes to get Trump to 233 electors.”

Graham denied the allegations, brushing off the notion that he encouraged fellow Republican Raggensperger to bend election rules as “ridiculous.”

“If he feels threatened by that conversation, he’s got a problem,” Graham added. “I actually thought it was a good conversation,” he said, arguing that his goal was to ensure that mail-in voting is free from fraud.

Raffensperger spoke about the impression he got from talking to Graham shortly after it was revealed that 2,600 new voters were uncovered in Georgia’s Floyd County during the ongoing recount. Of the newly found votes, some 1,643 were cast for President Donald Trump and 865 for presumed president-elect Joe Biden.

The gap between Trump and the Democratic challenger currently stands at about 14,000 votes.