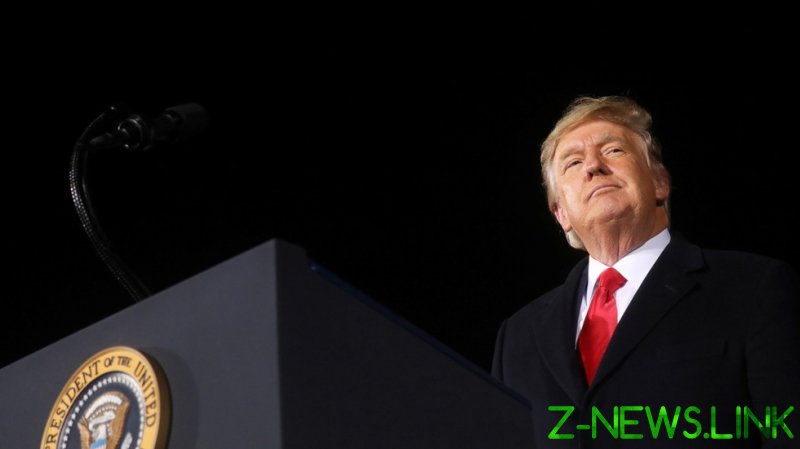 A spokesperson for Secretary of State Brad Raffensperger confirmed the probe on Monday, stating that his office is responding to formal complaints made by a law professor who claims the ex-president illegally pressured officials to find evidence to help overturn Joe Biden’s victory in the state.

“The Secretary of State’s office investigates complaints it receives,” said the spokesman, Walter Jones, adding that the probe is “fact-finding and administrative in nature” and that any criminal investigation would be referred to Georgia Attorney General Chris Carr if officials determine that one is needed.

George Washington University law professor John Banzhaf filed the complaint on Monday after submitting three others online previously, alleging that Trump may have violated state law when he asked Raffensperger and other officials to turn up evidence of fraud in the 2020 contest. During the call, Trump alleged that he won the state by a large margin, imploring Georgia officials “just” to “find 11,780 votes” out of tens of thousands more he believed he had received in the state. If those votes were indeed ‘found,’ it would have allowed Trump to win Georgia.

Banzhaf says the call – audio of which was obtained by the Washington Post and other news outlets – may have amounted to both conspiracy and criminal solicitation to commit election fraud, as well as intentional interference with the performance of official election duties.

“Many prominent and knowledgeable attorneys have concluded … that the evidence which is now currently and publicly available already meets the very high criminal standard of proving each and every element of the crimes beyond any reasonable doubt,” the professor wrote in Monday’s complaint.

In a brief submitted to Congress last week, Trump’s lawyers – who are now preparing a defense for his Senate impeachment trial on Tuesday – insisted the then-president did not act “improperly in that telephone call in any way.” Trump’s allies have argued the audio of the call had been “heavily edited,” while Trump himself has also denied any wrongdoing, saying at a rally in January “I thought it was a great conversation.”

A lawsuit brought by Trump’s legal team against Raffensperger and Georgia Governor Brian Kemp in late December sought to overturn “invalidly certified electoral votes” in the state, but was later tossed out by a judge.

District Attorney Fani Willis, the top prosecutor in Fulton County – Georgia’s most populous, which encompasses Atlanta – deemed one of the calls between Trump and Raffensperger “disturbing” after the audio first went public, vowing to take the case if election officials referred it to her. Though a representative for her office said Willis herself could also decide on whether to pursue a separate probe, she has yet to open one.

The investigation into the phone calls comes as Trump faces a second impeachment trial before lawmakers, launched on allegations the former president “incited” the January 6 riot on Capitol Hill with repeated claims of widespread election fraud. The single impeachment article against him makes brief mention of the calls with Georgia officials, stating that Trump “threatened” Raffensperger if he failed to find evidence of fraud.

Raffensperger, for his part, insisted on the call that the data Trump presented purporting to show voter fraud was “wrong,” arguing “we believe that we do have an accurate election” while refusing to grant Trump’s request to look closer for irregularities.