Georgia DETAINS controversial ex-President Saakashvili, who fled homeland in 2013 & was sentenced in absentia on criminal charges 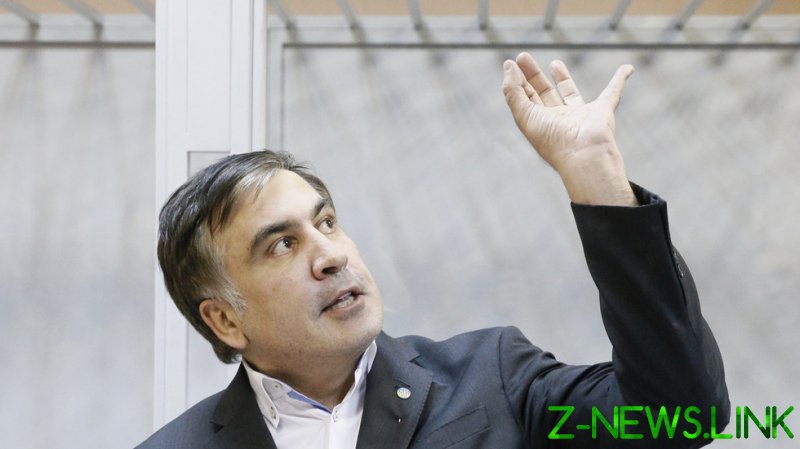 Saakashvili was arrested by law enforcement and incarcerated, Irakly Garibalishvili told the media, on Friday evening. “I want to inform our society that the third president of Georgia, the wanted Mikhail Saakashvili, has been detained,” the prime minister explained.

Based in Ukraine in recent years, Saakashvili unexpectedly announced plans to fly to the capital Tblisi earlier this week, publishing his flight manifesto online. He promised his supporters he’d lead a fight to “save” Georgia. It was not the first time Saakashvili pledged to return, but this time, he kept his word.

“I have bought a ticket for the evening of October 2 to be in Tbilisi with you and defend your will and take part in saving Georgia,” he stated. On Friday morning, he posted a video claiming to be in the coastal city of Batumi, some 300 kilometers to the West of the capital.

His return coincides with local elections, in which his UNM party is challenging the ruling Georgian Dream. Saakashvili stepped down as the UNM’s chairman, from exile, two years ago. He was replaced by his own chosen candidate, Grigol Vashadze

Saakashvili fled his homeland back in 2013, shortly after his political rival Giorgi Margvelashvili trounced his favored successor Davit Bakradze in a presidential election. The colourful politician has been targeted by multiple criminal cases since then, which he claims are politically motivated.

In January 2018, he was handed a three-year sentence for abusing power in pardoning former Interior Ministry officials convicted in a 2006 murder case. Later that year, Saakashvili received a separate six-year jail term for abusing his authority by trying to cover up evidence related to the 2005 beating of an opposition politician.

The ex-president has consistently maintained his innocence, however his rule was authoritarian in nature and the likes of the UN High Commissioner for Human Rights publicly condemned him after images emerged showing prisoners being sodomized and beaten in a Tblisi prison, under his watch.

Earlier on Friday, Saakashvili released two video addresses, the first claiming he was in Batumi. The claim was dismissed by Georgia’s interior ministry, which said the ex-president had not crossed the country’s borders. So far, no official information on where exactly Saakashvili was apprehended has been released.

After his departure from Tblisi, in 2013, Saakashvili first moved to New York. After spending around two years in the US, hiding from Georgia’s prosecutors, he relocated to Ukraine to become the governor of Odessa region on the invitation of then-president Petro Poroshenko. The latter granted the fugitive politician Ukrainian citizenship, which led to Saakashvili losing his Georgian nationality.

The Saakashvili-Poroshenko honeymoon ended some two years later, with the Ukrainian leader taking away the politician’s Ukrainian passport. Saakashvili, now rendered effectively stateless, spent some time in the Netherlands, before returning to Ukraine after the election of President Volodymyr Zelensky.

Friday’s events mark the latest drama of a controversial career. Earlier in the day, the Kremlin commented that everything around the Georgian-turned-Ukrainian was a “circus.” In 2008, Saakashvili led his country into a short, disastrous war with Russia. The European Union’s investigation blamed his Tbilisi government for starting the conflict.