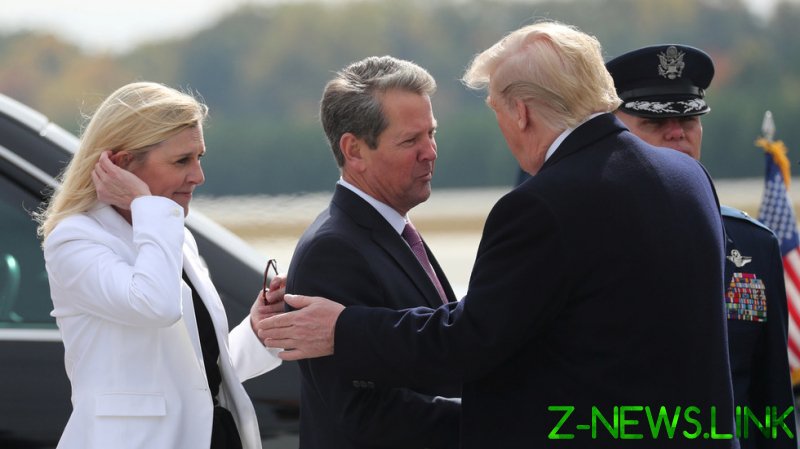 Governor Brian Kemp, a Republican, signed the Election Integrity Act of 2021 into law on Thursday, just hours after it was approved in the state legislature: 100-75 in the House of Representatives and 34-20 in the Senate.

The law requires a valid photo ID for voting by mail, reduces the window to request mail-in ballots, and regulates the placement and duration of ballot drop boxes. It also replaces the secretary of state with a legislature-appointed official, as the chair of the state board of elections, and allows the board to fire county election officials for failing in their duties.

Democrats were quick to denounce the law as “immoral” and “evil,” as well as racist.

“Cheating is how they win,” tweeted Davila.

The law also reduces the time frame for runoff elections and early voting in them, and bars outside groups from handing out food and water to people lining up to vote, according to AP. An earlier draft also provided for cleaning up voter rolls by striking individuals registered in multiple states and establishing a hotline to report intimidation and election fraud.

Senate Minority Leader Gloria Butler (D), said the bill was filled with  “voter suppression tactics” and amounted to an “unabashed assault on voting rights unlike anything we’ve seen since the Jim Crow era,” referring to the time of racial segregation.

President Joe Biden also weighed in on Republican-majority state legislatures adopting voter integrity laws, calling it “un-American” and “sick” and “despicable” and something that “makes Jim Crow look like Jim Eagle,” during his press conference earlier on Thursday.

Meanwhile, the reception among Republicans has been lukewarm at best, as it was seen as “too little, too late,” or closing the proverbial barn door long after the horses had bolted.

Georgia’s Republican leadership, including Kemp and his Secretary of State Brad Raffensperger, administered the 2020 presidential elections and the January Senate run-offs – both won by Democrats after early leads by Republicans were wiped out by record mail-in vote – under the terms of a settlement with Democrat activists.

Kemp also placed himself in an awkward situation, signing into law a bill intended to address election issues he insisted didn’t exist when Trump brought them up over the 2020 vote.  Raffensperger also refused to investigate discrepancies pointed out by Trump’s campaign and someone in his office even leaked to the media quotes about Trump asking to “find fraud” that later turned out to be false.

Protesting outside the state Capitol in Atlanta on Thursday, Democrat activists called for the boycott of Coca-Cola, Delta Air Lines and Home Depot – major corporations based in Georgia – for not opposing the “racist legislation” strongly enough.

Earlier this month, the Democrat-dominated US House of Representatives passed HR1, or “For the People” Act, which would effectively federalize control over elections, outlaw cleaning up voter rolls, and enshrine the mail-in voting introduced in 2020 on account of the Covid-19 pandemic as permanent, among other things.