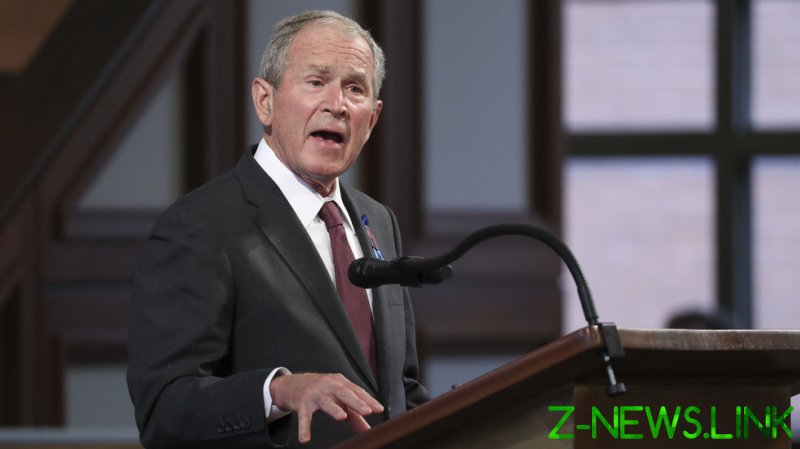 Speaking to a Russian prankster posing as Ukrainian President Volodymyr Zelensky, Former US President George W. Bush advised Kiev to focus on eliminating as many Russian troops as possible. Bush suggested that a military victory over Russia would see many of Ukraine’s issues “go off the table.”

The undated prank phone call was staged by the Russian prankster duo known as Vovan and Lexus. They have made a name for themselves calling Western and Ukrainian politicians disguised as other officials to hear what they really think about various issues, often related to Russia. Some critics claim that the duo work for the Russian government.

In their latest call, one of the pranksters reminded the ex-president of how his administration recognized Serbia’s Kosovo breakaway region as independent back in 2007. The caller went on to suggest that President Putin essentially took this straight out of Bush’s playbook when he recognized the Donetsk and Lugansk People’s Republics as independent in late February. The former US president left the remark pretty much unanswered, merely replying “Yes, right, right…”

However, Bush then offered his thoughts on the problem of the two breakaway Donbass republics. 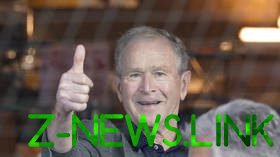 The former US president proceeded to define what in his view should be Ukraine’s main focus – “Your mission is to destroy as many Russian troops as you can.”

The only question that remains, according to Bush, is whether Kiev will “continue to receive the help” it needs. He expressed the hope that Washington would stay in the lead in terms of delivering weapons to Ukraine. Bush also noted that the Ukrainian government appeared to have “good communications with” the Biden administration at present, with Ukrainian officials “continually informing our military of what’s needed.”

Bush concluded that the US military was “very supportive of what you’re doing right now.”

He also revealed that during his time in office he “felt that Ukraine needed to be in the EU and NATO,” while keeping Russia “on the fringe of” the military alliance.

When the prankster referred to the promise that NATO would not expand eastward, made by US Secretary of State James Baker to then-President of the Soviet Union, Mikhail Gorbachev in the early 1990’s, Bush argued that “times change,” and what Baker promised was “years ago.” According to Bush, “the US must be flexible adjusting to the times and that’s why you are finding such strong support for your country now.” Bush agreed when the prankster said that “it doesn’t really matter what Baker promised Gorbachev in the past.”

When the caller suggested that “it’s now not only a war of Ukraine, it’s a war of the Western world against Russians,” Bush replied in the affirmative.

Edited parts of the prank call were uploaded onto Rutube, a Russian video sharing platform, akin to YouTube, on Friday.