Home / WORLD / George Soros, one of the world’s most hated billionaires, is so wrong about China

George Soros, one of the world’s most hated billionaires, is so wrong about China 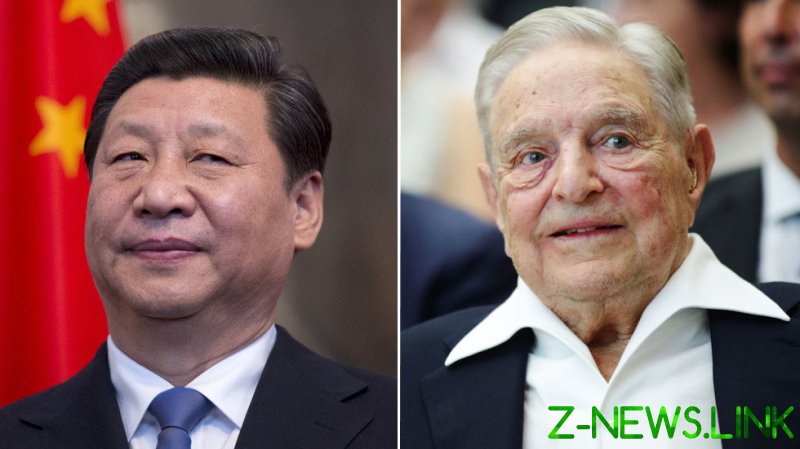 Soros is probably the world’s most-hated billionaire, for a litany of reasons. Not all of them are legitimate or appropriate, yet it is an entrenched negative sentiment shared between both left and right. A hero to none, Soros is either a contemptuous political bogeyman, linked to many radical movements around the world due to his proactive liberal-orientated philanthropy, or a “vulture capitalist” who has wholesale profited from unhinging the economies of various countries through his currency-shorting antics.

He’s the man “who broke the Bank of England,” caused a crisis in Malaysia, and helped promulgate the Asian Financial Crisis of 1997. There is a running theme that his interventionism, be it economic or political, is rarely perceived to be in the interests of the countries which he targets.

As a staunch liberal ideologue, Soros, 91, has decided he really doesn’t like China under Xi Jinping, and in recent weeks has unleashed a litany of op-eds in leading financial publications, including the Financial Times and the Wall Street Journal, attacking Xi for his state-led upheavals of China’s tech sector and dramatic reforms that have been widely described as a “leftward turn.” Soros has branded the Chinese leader as a threat to the values of the free world.

He has also decried a recent move by the US money management firm, BlackRock, to open its first private venture in China. Even though it raised $1 billion in its first week alone, Soros declared it a “bad investment” and a “blunder” that threatens US “national security,” arguing scathingly that Xi’s reforms undermine the credibility of China as a market for private investment.

It would be unfair to call Soros a fool when it comes to business, not least because he would not have been as successful as he is if he did not know his stuff regarding markets. But when it comes to the topic of China, Soros is blinded by ideology and the bitterness of his repeated past failures in attempting to “short” China’s currency, the yuan. His vested interests blind him from recognizing that what he wants from China is not necessarily what is right for the country or its people.

A blog on the Stansberry investor site by Dan Ferris ripped into him for this, describing how ideological biases can easily cloud or shape our investment views in ways which are detrimental, and declared: “To succeed as an investor in global equities, you must start by forgetting about your personal prejudices for or against a particular political system or ideology. So, for example, the idea that ‘communism is bad so you should never buy stocks in a communist country’ is just not a serious investment proposition.”

An investor is rarely an ideologue. Sure, they abhor political risk, but they don’t discriminate solely upon values, unless it is demonstrably destructive or untenable for their money. It is probably for this very reason why, among investors, Soros’ opinion is a minority.

His views, though, do speak more widely about how many of the West’s political and media classes, who are often equally ideological, are out of touch when it comes to China and its prospects.

While they and Soros preach doom, and point to rising US-China tensions, most of the world’s most famous investors, such as Ray Dalio – the founder of Bridgewater Associates, the world’s biggest hedge fund – remain extremely upbeat about the country and its prospects. Chinese bonds have never ever been more popular among overseas investors. Why? Because it is a huge market and one which has the most economic, financial and consumer potential in the world, and will surpass that of the United States by 2032.

Xi has shaken things up in some areas, but as Ferris notes, things have already “hit the bottom” and the economy rolls on. Chinese firms continue to manufacture, consume and export in ever growing numbers. It isn’t a question of “not putting your money” into this market for the vast majority of investors, it’s more a case of knowing “where” to invest and how to choose the winners. Tech giants like Didi and Tencent might be bad bets right now, but what about sectors such as retail, fashion, automobiles, food, hardware, semiconductors, and real estate? The list goes on, and even a toxic flow of daily propaganda from America and Western mainstream media is not beating investors away. But even if we disregard the opinions of investors altogether, does the argument change?

The answer is no, because the other critique of Soros’ comments is that he presumes what he says is good for the market, and what’s good for his interests, is preferential to the needs of the country as a whole.

The very idea that China could possibly take a different path from the “destined trajectory to liberalisation,” which commenced in 1978, and prosper from it, is blasphemy in Western political circles. Soros is obviously a believer in this trope that China’s continued prosperity relies upon it becoming more liberal, and that anything that steers away from this path is doomed to failure. Hence the recent litany of bad takes comparing Xi’s upheavals to Chairman Mao’s disastrous Cultural Revolution of the 1960s.

On the issue of China, Soros just doesn’t know what he is talking about. He’s a shrewd man, but he’s well known (and generally loathed) for his opportunism. He’s ideologically blinkered with his belief that state intervention, and the allure of “communism” itself, is inherently always a bad thing. His failed bets on the yuan show how wrong he’s been, and he risks turning himself into a very wealthy version of Gordon Chang, the discredited American author who, like some fanatical evangelical repeatedly warning ‘the end is nigh,’ has been predicting China’s collapse for two decades. During which time the country, as the BBC puts it, has become the world’s ‘economic miracle’.

Soros is not just shorting currency, he’s shorting his own credibility by taking bets on the imminent demise of a political system that just doesn’t make sense to him, but does to hundreds of millions of Chinese, as well as a lot of smart overseas investors.