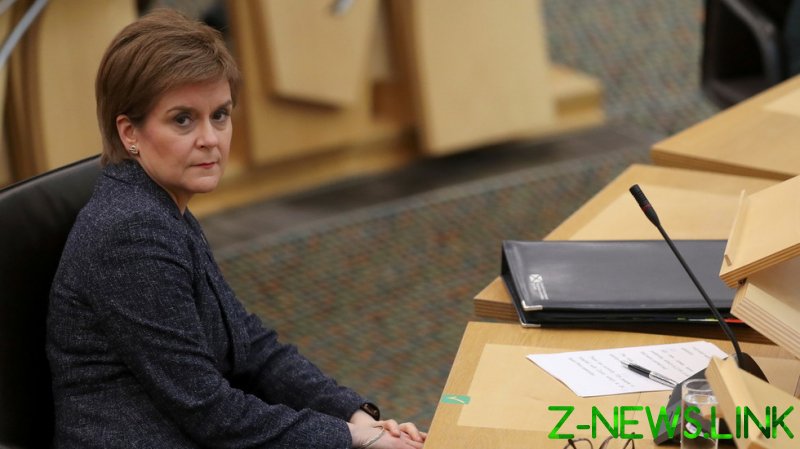 I have learned, too late in life, that it is better to measure twice and cut once. At the end of Nicola Sturgeon’s borefest of deflective ‘don’t knows’ and ‘definitely I don’t remember that’, I felt like Denis Law denouncing Jim Baxter’s playing keepie-up against the World Champions.

The Law man said that instead of showboating Scotland should’ve been scoring. The numbers on the board were all that would matter in history, thought Denis.

Just a few days ago here I argued that although Alex Salmond’s masterful recall and parliamentary polish – Westminster not Holyrood, Ikea furniture doesn’t do polish – had been massively impressive to the cognoscenti it might have been better to go route one and just score goals. Less keepie-uppie and more get it up ye. His appearance had pleased the crowd but had it scored enough goals?

Sturgeon’s head-bobbing, voice-breaking, more sorry than angry, attack on her former ‘bestie’ spread over eight very long hours (it was said of Wagner’s operas that they had their moments but their terrible half-hours – like Sturgeon’s performances) had been, I immediately feared, effective.

This feeling was buttressed by a massive astroturfing operation which would have made the North Koreans blush. A flurry of people posted that so impressed had they been by the head-bobber they were heading for membership of her party, the SNP. A surprisingly large number claimed to have known her since she was 16, not least because she’s over 50 and many of those posting could only have known her then when they were still eating rusks.

The morning after, things don’t look so great for Salmond’s persecutors.

For a start, the man himself has issued a new complaint and a flurry of reasoned rebuttals of his persecutors’ further allegations. This isn’t over yet by a long chalk.

In the intervening overnight, many journalists have stripped out the ums and arrs, the assertions without evidence, the denials without rebuttal of Sturgeon’s marathon and concentrated on the thinner gruel of First Ministerial facts.

What did Nicola Sturgeon know and when did she know it? What did she do with that knowledge, when and why? Why did she press ahead at great public expense in the civil case against Salmond when her eminent Counsel were so certain of defeat that they threatened to walk off the job? The certain defeat has cost Scottish taxpayers hundreds of thousands of pounds in Salmond’s costs, the government’s costs and civil service time. Why is the evidence given by her and the evidence given by her husband so contradictory that quite literally both cannot be true? Or to put it another way, one of them is lying. To the uninitiated, I should explain that Mr Nicola Sturgeon is the all-powerful Chief Executive of the ruling SNP. His Mrs is the leader of the SNP and First Minister of Scotland. Not since Nicolae and Elena Ceausescu has so much power been concentrated under one duvet. Mind you, they have explained the highly original policy they have adopted to ensure proper separation of party and state affairs. They don’t EVER discuss politics at home. Only cooking. And books. Why was her husband caught on text organising with others to “put pressure on the police” to bring criminal proceedings against Mr Salmond? Did she lie to Parliament about any of the foregoing? Did Sturgeon’s officials disclose the identity of one of “the women” to Alex Salmond’s officials at a meeting Sturgeon earlier claimed never happened?

Did Sturgeon settle all or even any of these questions in her appearance before the committee? No, is the overwhelming view of the press and public. There are now more questions than answers.

Sturgeon’s friends are concentrating on making this a #MeToo issue. But there were no sex crimes committed by Salmond. There are no victims of Alex Salmond. And the SNP’s concern for women would be rather more believable if their own Gender Recognition Act wasn’t determined to wipe out the hard-won rights of ACTUAL women in deference to the rights of biological males who identify as women. It was those who only six years ago hailed Alex Salmond as the King of Scottish politics whom we should follow into the dark in the direction of secession. Those who organised the frame-up of Alex Salmond, those who used the zeitgeist of #MeToo to corral in their cynical political power-play.

The Salmon is the King of Fish, it swims upstream and no obstacle stops it returning to from whence it came. It does or dies. In the now fetid waters of Scottish politics, a new turbulence is underway. They’ve not seen the last of the Salmond.