Home / WORLD / George Floyd’s death lead to a year of protest and upheaval, but all we got is a country more divided than ever

George Floyd’s death lead to a year of protest and upheaval, but all we got is a country more divided than ever 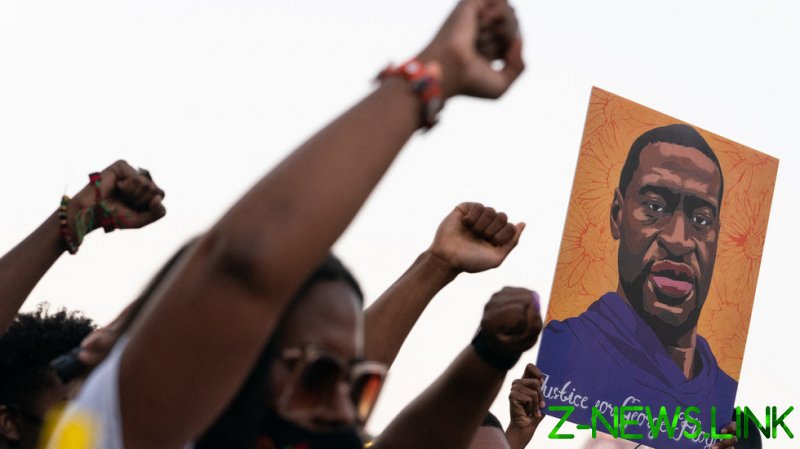 What followed next would lead to international news coverage and would shape the discussion surrounding policing not just in America, but across the entire world.

Like many people, I first came across the video of Floyd being pinned to the ground by Chauvin on social media. I had no idea what the context was, and at the time, it seemed like no one did. But regardless, what was caught on video seemed so clear-cut, so obviously indefensible, that it didn’t matter. In the age of cell phones, the internet is no stranger to footage of police misconduct, but this time was different.

Outrage grew as millions saw Chauvin kneeling on Floyd’s neck while the latter pleaded, “I can’t breathe,” before becoming unresponsive. And as reports confirmed Floyd was in fact dead, the notion that we had all just witnessed a public execution elicited disgust from both sides of the political spectrum. In due course, Floyd’s death would eventually further the divides between those who support and oppose the Black Lives Matter (BLM) movement, but for a short period of time, the world was united in condemnation.

‘No justice, no peace’

Even before 2020, BLM was notorious for causing property damage. And after Floyd’s case received heavy media coverage and dominated the national discourse, last year’s summer saw an unprecedented number of major cities across the country set ablaze, and businesses looted or outright destroyed. The activists stoking this aggression have argued that “riots are the language of the unheard,” and that unless the rest of the country feels the same pressure that is allegedly put on the black community every single day, change will never come.

Political utility aside, this increase in riots and looting as a new form of “protest” has undoubtedly been the largest impact of Floyd’s death for the average urban American, and has sparked a large partisan divide. Traditionally, the American right has painted itself as the side that’s “tough on crime,” in contrast to the progressive skepticism toward law enforcement practices and harsh criminal sentencing. While this divergence in policy preferences is not new, in light of Floyd’s death and the following unrest, many on the right have doubled down on strict punishment for those who engage in property destruction, looting or civil disobedience. The left, on the other hand, has largely chosen to view the riots as a tactic of oppressed groups living under inhumane treatment, who have exhausted every other option.

These political differences are actually quantifiable, as studies now show that while support for the Black Lives Matter campaign saw an uptick across all political identities immediately following the Floyd story, it quickly dropped for Republicans, but remained relatively stable for Democrats. As it currently stands, pro-BLM sentiments among Democrats have seen an increase of 10 percentage points when compared to before Floyd’s death, while among Republicans, it has dropped almost 20 percentage points. Like many of the events of 2020, such as the Covid-19 pandemic and the presidential election, it sadly appears that Floyd’s death has had a polarizing effect on society.

In terms of policy, the past year of backlash against Chauvin’s actions has also seen an exponential growth of critics who believe the police are so racially biased that simply advocating for “better cops” or “better training” is not enough. Instead, it’s asserted that defunding the police is the only way to ensure the safety of black and brown citizens.

The cynicism toward police forces has always existed among the radical left, however, after footage of Floyd on the pavement went viral, anti-police sentiment reached new levels, and calls to defund the police became mainstream; even elected officials like Representatives Rashida Tlaib (D-Michigan), Alexandria Ocasio-Cortez (D-New York) and Ilhan Omar (D-Minnesota) have all voiced various levels of support for defunding the police and abolishing the current criminal justice system.

And in certain cities, like New York, San Francisco and Minneapolis, such policies have actually been implemented, largely with disastrous results. Violent crime has skyrocketed in all three cities, and in a brutal irony, the victims of these crimes that have resulted from BLM’s rhetoric are largely black themselves.

Accompanying this uptick in crime and hostility toward the police is, predictably, waves of resignations from officers in metropolitan areas. In Seattle last year, 200 officers quit citing an anti-cop climate. Tensions were already high between police and inner-city communities before 2020, and in the aftermath of Floyd’s death, it’s difficult to say that things have improved for either group.

One year on, the reaction to the death of Floyd serves as somewhat of a political litmus test, similar to the Black Lives Movement itself. Whether Floyd’s death was responsible for creating civil disorder or merely exposed it depends heavily on who you ask. And with other victims of police shootings such as Daunte Wright and Adam Toledo continuing to polarize the political discourse, it’s likely that America will remain divided in its support for BLM.