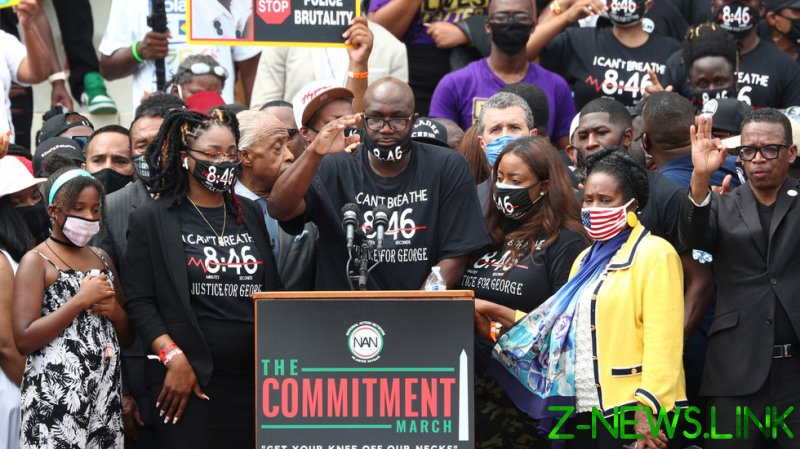 “This case, to us, is a slam dunk, because we know the video is the proof. That’s all you need,” Floyd told ‘The Today Show’ on Monday, referring to the approximately eight-minute video depicting Chauvin, a former Minneapolis police officer, compressing George’s Floyd’s neck during an arrest.

Chauvin is facing trial on charges of second- and third-degree murder, as well as second-degree manslaughter.

“That was a modern-day lynching,” Floyd added of his brother’s death, which kicked off a series of Black Lives Matter protests across the country last summer. He added that he would like to see Chauvin found guilty of second degree murder.

“This is not a hard case,” he said. “We just want justice. We want a conviction. If you can’t get justice as a black man in America for this, what can you get justice for then?”

The highly anticipated trial kicked off on Monday, with the jury sworn in and opening remarks made by both the prosecution and Chauvin’s attorney, Eric Nelson. Prosecutors described Floyd’s death as a “homicide,” while Nelson countered that his client did exactly as he had been trained to do in such a situation.

“The use of force is not attractive, but it is a necessary component of policing,” Nelson said.

Before the trial began, members of George Floyd’s family, as well as television host and activist Rev. Al Sharpton, gathered outside the Hennepin County courthouse and took a knee for eight minutes and forty-six seconds, the amount of time Chauvin originally was reported to have his knee on Floyd’s neck. The Hennepin County Attorney’s Office later said the length of time was closer to seven minutes and 46 seconds.

“If this trial is hard, we’ve got two justice systems in America,” Brandon Williams, George Floyd’s nephew, said before the trial. “One for white America and one for Black America.”