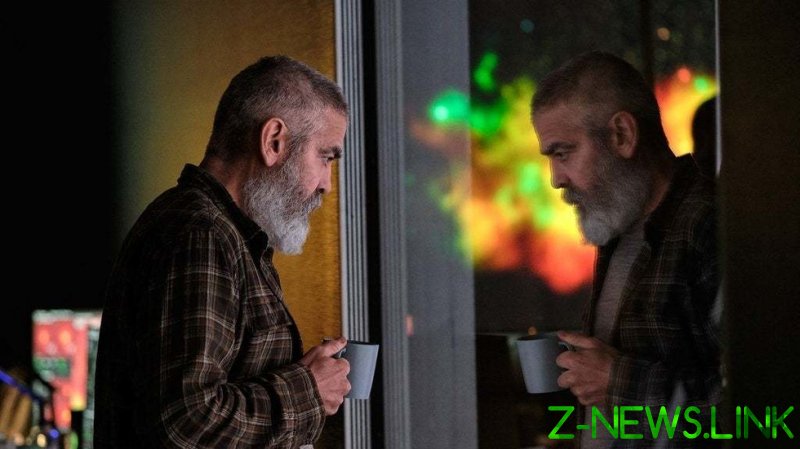 Christmas season is when movie studios put out prestige films and big box office contenders. In normal times, people flock to theatres during the holidays because they’re off work and it gives them something to do with family or, in some cases, to avoid family.

This year with coronavirus closing many theatres, the studios are still using the holidays to roll out their biggest movies but now they’re using streaming services to supplement or replace theatres. For instance, on Christmas Day, the Pixar animated film Soul debuts on Disney+ and the highly anticipated Wonder Woman 1984 premieres in both theatres and on HBO Max.

Not to be outdone, Netflix’s early entry into the big movie holiday sweepstakes, The Midnight Sky – a film with a $100 million budget directed by and starring George Clooney, was released on December 23.

I’m sure Clooney and Netflix were hoping that The Midnight Sky would be the comeback vehicle to launch him back into the pop culture stratosphere… but unfortunately it is neither a crowd-pleaser nor an art house gem, and thus this cinematic rocket crashes and burns on the launch pad.

Set in 2044, The Midnight Sky tells the story of Augustine (Clooney), a scientist dying of cancer in an outpost at the Arctic Circle who must protect a stranded young girl after an ecological apocalypse while also trying to warn an incoming space crew to stay away from Earth and to start civilization over again on a moon of Jupiter. If that sounds ridiculously convoluted or just plain ridiculous to you, you aren’t alone.

Despite boasting a top-notch cast that includes Felicity Jones, David Oyelowo, Kyle Chandler and Demian Bichir, there is no genuine drama to be found in this muddled misfire of a movie.

I get what Clooney was going for with The Midnight Sky. Ever the good Hollywood liberal, he wanted to make a big budget, prestige movie with a diverse cast that dramatized climate change. I’m willing to bet Clooney at least considered casting Greta Thunberg as the little girl in the movie just so he could more emphatically make his point and signal his limousine liberal virtue.

The problem is that this movie is so painfully predictable, and so full of saccharine sentimentality and maudlin melodrama that watching it makes you yearn for any disaster, ecological or otherwise, to strike as soon as possible in order to end your misery.

The film attempts to be a family drama, a space drama, an adventure story and a race-against-the-clock thriller, and it fails miserably at all of those things. Ultimately it tries so hard to be everything it ends up being a whole bunch of nothing.

It also features a dramatic climax so predictable yet cringeworthy it made me roll my eyes so hard I nearly gave myself a seizure.

I’m old enough to remember when George Clooney was at the top of the Hollywood heap and a highly respected actor, director and producer.

He was admired for being a TV and movie star but also for producing a daring live TV version of Fail Safe, directing the Oscar nominated Good Night and Good Luck, and for his Oscar winning acting in Syriana. He was also respected for starring in some ambitious movies, like Three Kings, Solaris, Michael Clayton and The American, which were notable artistic ventures for a big movie star.

But it has been quite a while since Clooney has acted in a movie that mattered, and his directing career has been on a similarly downward trajectory.

His first directorial feature was Confessions of a Dangerous Mind (2002), a quirky and somewhat endearing little movie, followed by Good Night and Good Luck (2005), which garnered him a Best Director and Best Original Screenplay Oscar nomination. After that there’s been a precipitous decline.

Leatherheads (2008), The Ides of March (2011), The Monuments Men (2014) and Suburbicon (2017) are all forgettable movies rightfully condemned to the bottom of the bargain bin at a Walmart checkout counter.

Sadly, The Midnight Sky might be the very worst of them all.

In my mind, Clooney has always been sort of a poor man’s Warren Beatty, a pretty faced womanizer who wanted to be taken seriously so he used partisan politics to mask his inherent frivolousness and intellectual vapidity and vacuity.

Beatty is by far the better artist, actor, director and political animal than Clooney could ever hope to be… but that hasn’t stopped gorgeous George from using the Beatty blueprint and using it well, as Clooney’s career rewards have far exceeded his limited talent. But Clooney’s recent recurring failures, The Midnight Sky included, have exposed him to be a Hollywood emperor with no clothes.

Of course, we should shed no tears for George Clooney as he is insanely rich and lives a delightfully comfortable existence… but the writing is on the wall and in the bottom-line business that is Hollywood, if Clooney doesn’t churn out a hit or award winner soon, it will be his career that suffers the apocalypse instead of Earth.

The bottom line is that The Midnight Sky is a mess of a movie you shouldn’t waste one second of your time on. My Christmas gift to you is that I watched this piece of garbage so you don’t have to. Merry Christmas to everyone!