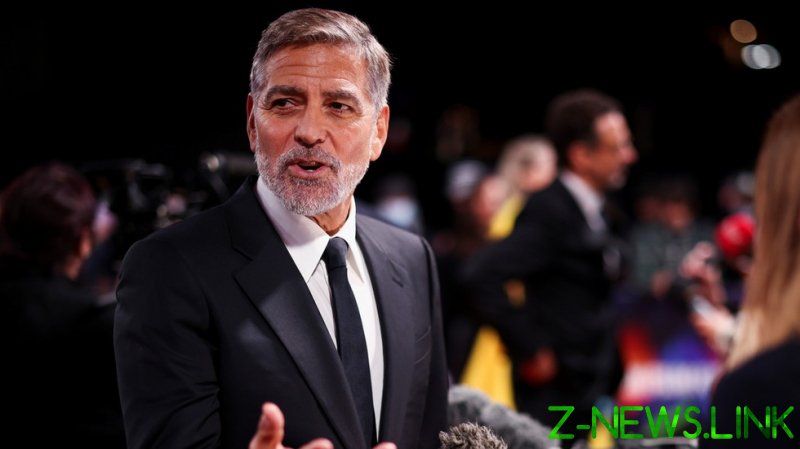 Appearing on the latest episode of Marc Maron’s ‘WTF’ podcast, Clooney turned his attention to the Baldwin situation, which has rocked Hollywood and led to many critics pointing blame for the situation at least partly at Baldwin’s feet.

“Look, he may be a d**k, I don’t know the guy at all, but I’ve been on sets for 40 years,” Clooney said, “and the person that hands you the gun, the person that is responsible for the gun, is either the prop person or the armorer, period.”

While Baldwin fired the actual weapon that killed Hutchins and injured director Joel Souza, reports have indicated the film’s first assistant director David Halls did not fully check the weapon. The film’s 24-year-old armorer lacked experience, with reports claiming the set was full of crew members firing live rounds through what were supposed to be prop guns.

Some gun activists have questioned whether Baldwin fully checked the weapon himself, which law enforcement says contained a live round. Clooney said in his experience as a producer, actor, and director, he’s taken far more precautions when firing weapons on sets.

The actor added that Baldwin may very well have done that, and the issue really boils down to a movie working with a barebones budget that should not be allowing live rounds onto the set, as they can easily be mixed in with dummy rounds. He also referred to Hall as the person likely most responsible over reports he did not fully check the weapon before it was handed off to Baldwin.

Clooney called this and the armorer’s lack of experience “insane”, adding it was “infuriating” to read about the “stupid mistakes” made on the New Mexico set. He also claimed at another point that he’s never heard the term “cold gun,” which was reportedly said before Baldwin was handed the weapon, indicating it did not contain live rounds.