Home / WORLD / Geoengineering sounds ‘nuts,’ but the fact it might work without us having to change our lifestyles is why climate zealots hate it

Geoengineering sounds ‘nuts,’ but the fact it might work without us having to change our lifestyles is why climate zealots hate it 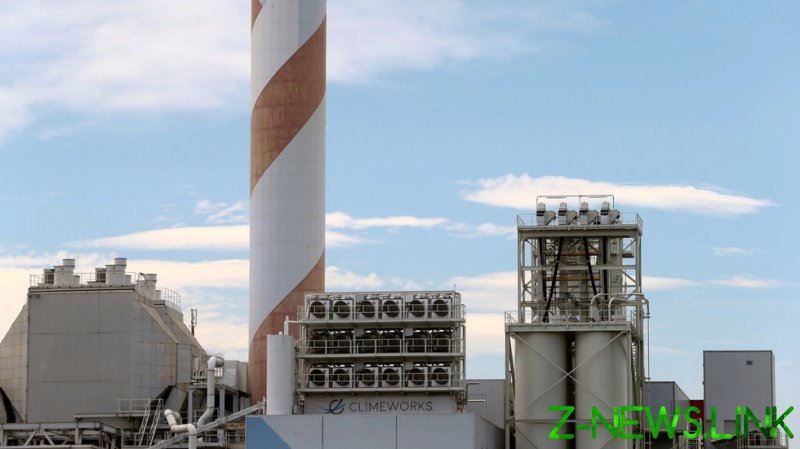 Oxford University’s Geoegineering Programme defines the process as “the deliberate large-scale intervention in the Earth’s natural systems to counteract climate change” and a new book, Geoengineering: The Gamble discusses its potential benefits and pitfalls. The author, Gernot Wagner, is a climate economist who teaches at New York University and was the founding executive director of Harvard’s Solar Geoengineering Research Program. The opening sentence of the book is: “The first time I heard about solar geoengineering, I considered the idea nuts.”  It’s a useful admission, because directly intervening in the world’s climate provokes much the same reaction from most people.

Wagner sums up the case for geoengineering as “fast, cheap and imperfect.” It’s fast, because it could lower global temperatures far more quickly than cutting emissions. It’s not really cheap, potentially costing many billions of dollars, but that’s still a lot less than the trillions that we’re spending attempting to completely reorganise the way we travel, produce goods, generate energy and eat – which is what is demanded in order to eliminate carbon emissions.

Geoengineering is imperfect, says Wagner, because it doesn’t get to the root cause of rising temperatures, it simply affects one symptom of greenhouse gas emissions. Wagner still believes that reducing emissions is the only way to solve the problem fundamentally. If we can reduce temperatures through blocking sunlight reaching the Earth’s surface – for example, by dumping sulphur dioxide particles into the stratosphere – would that remove the incentive to decarbonise at all?

There are also the unpredictable effects of geoengineering. What if it led to a change in rainfall patterns, for example? The total amount of precipitation might not be affected, but if the monsoon rains didn’t come to India in a predictable way, the impact would be enormous on access to water, for agriculture and so on.

But geoengineering could, in many cases, be reversed pretty quickly. For example, a natural experiment was the eruption of Mount Pinatubo in the Philippines in 1991. So many particles were thrown into the stratosphere that northern hemisphere temperatures dropped by half a degree Celsius. Given that the Paris climate talks in 2015 suddenly declared that we must limit temperature rises to 1.5 degrees Celsius rather than two degrees Celsius, it sounds like even half a degree of warming avoided is potentially important. So geoengineering could work in theory, but if it was found that a particular method of reducing temperatures – like scattering sulphur dioxide in the atmosphere or using huge ships to blow water vapour in the air to create clouds – didn’t work or had negative side effects, we could simply stop.

In short, geoengineering could be a quick way to at least slow down global warming. It could be used as a means to buy time in what is, according to environmentalists, a ‘climate emergency’ until we have developed better low-carbon alternatives to the use of fossil fuels.

Why haven’t we been making major, coordinated international efforts to do it, then? It’s not that we are convinced that geoengineering wouldn’t work, though it might not. It’s that environmentalists believe that there is something morally wrong with dealing with global warming in that way, that it would somehow let humanity off the hook if we did it and it worked.

To me, that shows that environmentalism isn’t really about a practical attempt to find solutions to the unwanted downsides of industrialisation and modern society. Instead, green ideology is a rejection of humanity’s influence on the world, full stop. The fact that eco-worriers can claim to have the authority of science on their side means they can hide the true aim of green policies: to force human beings to live with less and ‘in harmony’ with nature.

The condemnation of ‘technical’ fixes to climate change doesn’t stop at geoengineering. Most greens hate nuclear power, for example, despite it providing bountiful, reliable low-carbon electricity and having, overall, an excellent safety record.

Personally, I think geoengineering is probably unnecessary. Where we can easily and cheaply replace fossil fuels, or make our use of them more efficient, we should do so. And we should be investing in adaptations so that floods, droughts and other major climate events can be dealt with more easily.

But the fact that greens so often reject technological advances and investments in infrastructure reveals that climate change is really a stick for them to beat modern society with. Using technology to stop global warming would deprive eco-warriors of their means to chastise us all for our wicked ways. And that’s a good enough reason to spend some money on researching and experimenting with geoengineering: to get the greens off our backs.