Home / WORLD / General, drunk the poison at the Hague Tribunal, died in hospital

General, drunk the poison at the Hague Tribunal, died in hospital 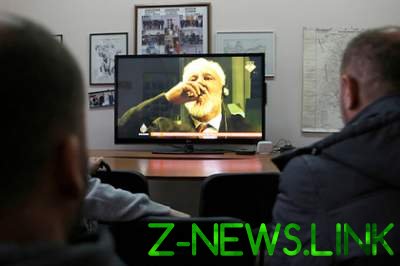 From the courtroom he was taken to the hospital in serious condition.

Croatian General Slobodan Praljak, who drank the poison during the announcement of the verdict in the Hague court, died in the hospital.
It is reported by the Croatian newspaper Vecernji list.

As you know, after the court confirmed his 20-year sentence for crimes against Bosnian Muslims, Praljak drank something from a glass, which was brought into the courtroom, saying that it was poison.

Before you drink a glass, he declared that “Praljak NOT a war criminal” and doesn’t accept the sentence.

The meeting was immediately terminated, and Prasco’s place has provided medical aid after which he was urgently hospitalized in serious condition.

In 2013, the international Tribunal for war crimes in the former Yugoslavia Praska sentenced to 20 years in prison for war crimes during the Croat-Bosnian conflict of 1992-94.

Praljak was convicted of war crimes during the Croat-Bosnian conflict of 1992-94. In particular, he was one of the commanders of the connection that has committed war crimes against Bosnian Muslims in 30 municipalities in Bosnia and Herzegovina. In addition, he was convicted of the destruction of the bridge of the XVI century in Mostar.