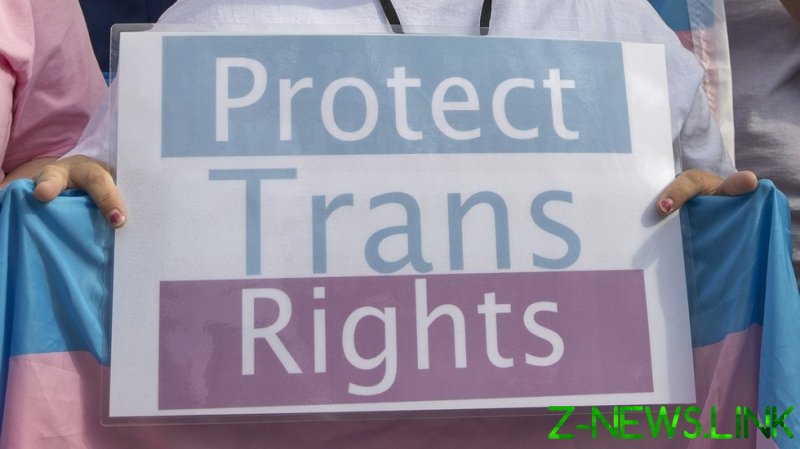 British Christian parents Nigel and Sally Row are preparing a legal action against their government over the existing transgender guidelines. The couple had to take their sons into homeschooling after the boys ran into ‘transgender kids’ in a Christian school that they’d been studying at.

“We had two situations in our school when our boys were the age of six. The first one was when he came home and said that his friend at school, a boy, turned up at school and announced that he was now a girl,” the boys’ mother said, recalling the situation their older son got into back in 2016. “There was no consultation with parents, no warning.”

Two years later, the younger son of the couple ended up in a similar situation, when a ‘gender-fluid’ child emerged in his class. The boy occasionally showed up in the school dressed up as a girl, demanding to be addressed accordingly. Ultimately, the couple took their second son into homeschooling as well.

The parents said that they tried to negotiate with the school, talking over the situation with its administration in both cases. Their pleas, however, had been harshly rejected by the school authorities.

“We’ve got a stern letter, basically saying if you and your children do not accept these boys are real females and use female pronouns then you’ll be called transphobic,” Sally said.

Such a stance was particularly alarming, given that their children went to a supposedly Christian school, one that’s expected to educate in accordance with Christian values, the parents said.

“They’re supposed to have the Biblical values, Biblical values of ‘God created male and female’. And yet they’re saying that they can choose their gender,” Nigel remarked.

After failing to sort out the situation with their sons and ‘trans kids’ peacefully, the Row family decided to take the government to court over the school guidelines regarding transgender issues. The couple wants the court to determine what about the rules is mandatory and what is a mere recommendation. While the guidelines are not law, they’ve been pushed through by the government “as the best practice,” scaring teachers into submission, Sally said.

The Row family believes gender issues should be kept out of school – particularly, from the elementary one – entirely. “It’s not something what children should be even thinking about, they should be enjoying being children,” Sally said. The situation his family faced is a part of a broader problem, where British society is ultimately failing to protect its children, Nigel believes.

“As adults, as a society we’re responsible to protect children, that’s whey we’re doing it,” he said, adding that the gender “fantasies” of a child should not be pandered-to but should instead be addressed by specialists outside of school.

“There’s no such thing as a ‘trans kid,’ there are children who suffer from gender dysphoria, gender confusion, which is a medical condition,” Nigel argued.

Supporters of transgender needs, however, believe the issue the Rows’ sons faced has been blown out of proportion.

The couple is using the case to push their own, hardline Christian agenda, trans activist Stephanie Hayden told RT, rejecting the allegations that any transgender indoctrination master plan exists.

“In this particular case, the ‘transgender child’ is no more than wearing clothes associated with female students of that child’s age,” Hayden said. “Frankly, it has nothing to do with the parents bringing this court case, who, in my view, are doing nothing more than using the legal system to advance their own personal ideology.”